Athletes demand much more from their footwear than ever before – and for good reason. Material technology is advancing at a rapid pace to meet the needs of athletes from weekend warriors to elite performers. And carbon fiber is leading the way by helping athletes stay healthier and achieving performance levels previously considered unreachable.

About 90% of the carbon fiber produced today is made from polyacylonitrile (PAN), an organic polymer characterized by long strings of molecules bonded together by carbon atoms, hence the name “carbon fiber”.

For decades now, carbon fiber has been commonly used in applications for Aerospace, Automotive and the Military. Known to have a strength to weight ratio 5X greater than steel, this amazing composite can improve the performance and energy efficiency of most products. Perhaps that’s why the fastest growing product category using carbon fiber is now Sporting Goods – think tennis racquets, hockey sticks, snowboards & skis, golf clubs, etc. 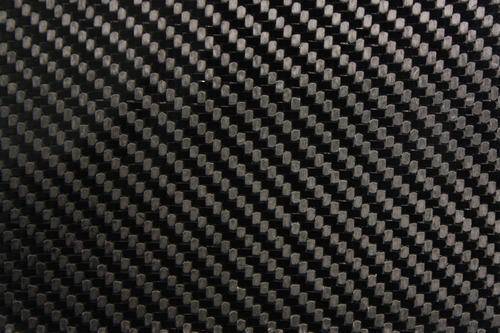 2.) What Are Carbon Fiber Insoles?

There are 3 basic types of carbon fiber insoles, all of which serve different purposes: 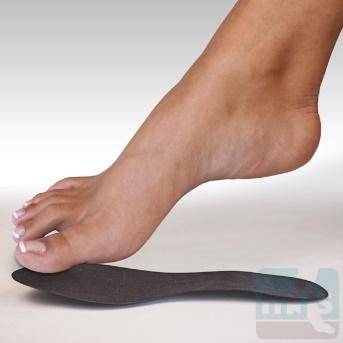 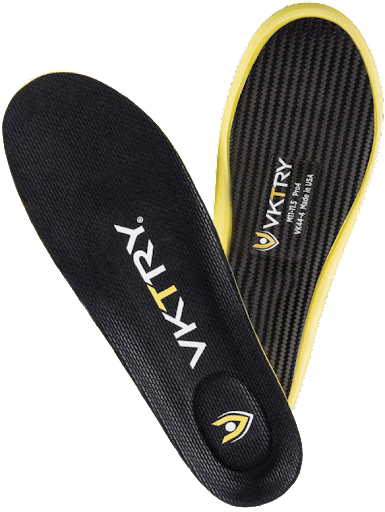 3. Performance Insoles – These products feature a full-length carbon fiber baseplate with a comfortable foam top cushion. Because the baseplate acts as an energy storing spring, this product can propel an athlete forward and upwards. This is the most highly engineered carbon fiber design because it combines strength and flexibility to allow it to bend where the foot does - at the MTP joint. The innovator and market leader for this type of product is VKTRY Gear, with prices ranging from $99-$169.


3.) How Do Carbon Fiber Insoles Compare to Foam Insoles?

While most shoes come with a shoe liner – usually a thin foam insole – many people have realized the advantages of adding an aftermarket shoe insole. Most shoe insoles are passive, meaning that they only absorb shock and provide support. They are not intended to give anything back to the user. Carbon fiber insoles have the capacity to store and return energy to the user.

FOAM: Besides the comfortable foam or gel-based top cover, some of the products offer a plastic heel cup to stabilize the foot and provide additional arch support. There are several popular brands like Dr. Scholl’s and Superfeet offering multiple styles for all foot types and conditions. Most aftermarket insoles have the following characteristics: 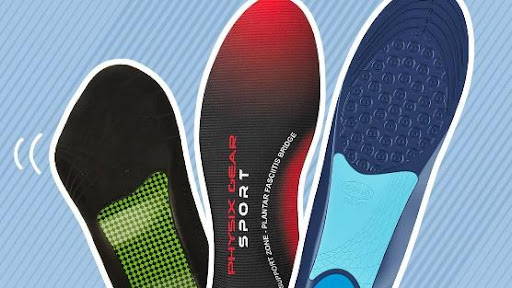 CARBON FIBER: Like other insoles on the market, VKTRY Insoles (aka VKs) also provide comfort, heel stability and arch support. The arch support with a brand like Tread Labs tends to be firmer and more consistent over time than a foam/plastic insole. People will upgrade to carbon fiber for the strength and durability of the product. However, what sets this full-length carbon fiber insole apart (like VKTRY) are two additional benefits: 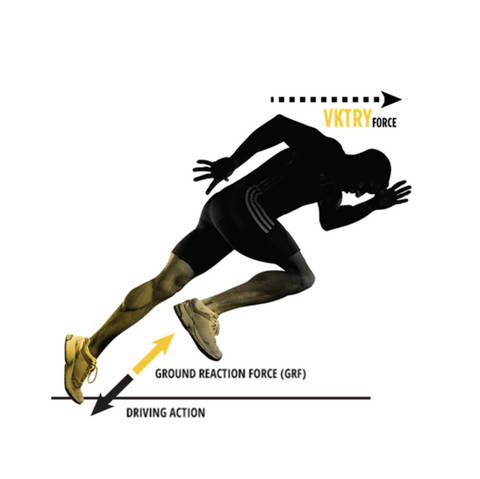 First, let’s be clear that a carbon fiber base that provides heel stability and arch support (like Tread Labs), will not likely help an athlete run faster or jump higher. The carbon fiber component stops at the midfoot and there’s no true “spring” function to this product.

Full length carbon fiber insoles (like VKTRY) have been designed to store and return energy, thus reducing the amount of energy normally lost. Scientific studies show that wearing VKTRY Insoles increases rate of force development (aka explosiveness) by +9.3%. And the key to running faster and jumping higher is largely a function of how much force you can put into the ground.

Wearing carbon fiber insoles is not meant to be a short cut or replacement for hard work. A serious athlete still needs to train and practice to hone their craft. Athletes with the best techniques for running & jumping, and athletes that have the best musculature, typically see the greatest improvements with full-length carbon fiber insoles.

Wearing carbon fiber insoles is not meant to be a short cut or replacement for hard work. A serious athlete still needs to train and practice to hone their craft. The experience with VKTRY Insoles has been that athletes with the best techniques for running & jumping, and athletes that have the best musculature, typically see the greatest improvements with carbon fiber insoles.

The forefoot is composed of 19 bones, most of which are less than the diameter of a pencil. While running or jumping however, most of the load is being supported by this delicate structure. An athlete weighing 200 lbs. can generate almost 4 times that amount of force upon landing and pushing off. Full-length carbon fiber insoles form a protective barrier between the foot and the ground. Carbon fiber insoles can also protect an athlete from injury by stabilizing the foot and lower leg, reducing twisting or torquing forces. 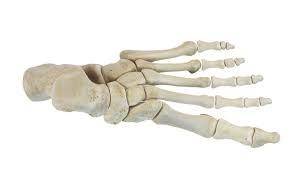 Independent research has shown that VKTRY Insoles can reduce injuries due to increased support, stability and shock absorption. In 2017, 4 major Division 1 football programs used VKs. Over 260 players wore the carbon fiber insoles for all practices and all games. At the end of the season, the Athletic Training staffs for each school reported the data back and compared that season to the 3 years prior. The results for the “VKTRY season” were: 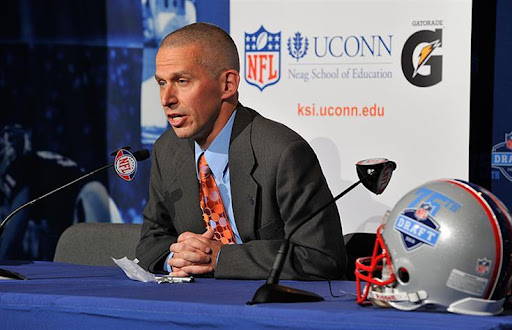 While the field research was impressive, VKTRY hired The Korey Stringer Institute at the University of Connecticut to study the product in a clinical study. The summary of the independent clinical research is stated by Dr Douglas Casa, PhD and CEO of KSI:

“After an extensive 6-month research study, it is clear that VKTRY Insoles improve lower body biomechanics, stability of the ankle and knee during running, and shock absorption during landing. These improvements can help safeguard athletes by providing injury protection.”

It only makes sense that if a product helps to reduce injuries, that same “protective gear” will also help athletes recover from injuries. While most insoles employ a thin layer of foam across the bottom of the foot, full-length carbon fiber insoles provide a protective shield. Many lower leg injuries caused by twisting or torquing can be avoided with a more stable foundation as provided by this type of product.

VKTRY Insoles have been known to help people recover from shin splints, Plantar Fasciitis, stress fractures, turf toe, arthritis and many other ailments. In a recent study by Harvard Mass General, the VKTRY Insole proved 5X better for pain management of arthritis of the big toes (aka Hallux Limitus). And VKs provide the added benefit of assisting with push off, to ease the load on the big toe. 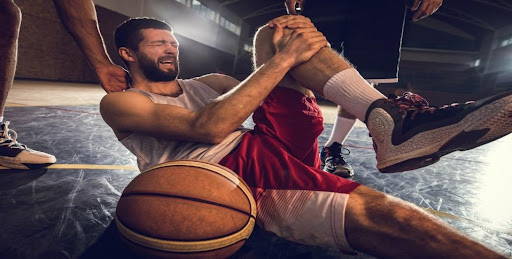 VKTRY Insoles have been successful in helping athletes with injuries, as evidenced by field research, clinical studies and in thousands of customer testimonials. However, when it comes to health care, all people and all injuries are not alike. VKTRY always recommends that you consult your physician when considering treatments of an injury. And the company offers a 90-day money back guarantee, so if the product is not helping a person in recovery, VKTRY provides a no questions asked 100% refund. 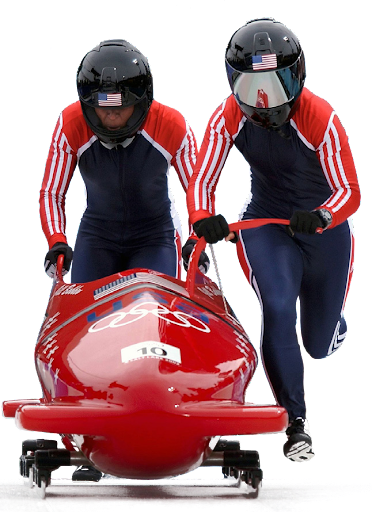 Yes, carbon fiber insoles are used by thousands of elite athletes across multiple sports from football to pickleball. In fact, VKTRY Insoles were invented in 2009 and the product helped the US Olympic Bobsled Team capture the gold medal for the first time in 62 years. Similar to how carbon fiber equipment has grown in sports like cycling, tennis and golf, VKTRY Insoles are a technological advancement that helps athletes fulfill their full potential. Additionally, it would be quite surprising for a sports governing body to ban a product that has been proven to help prevent athletic injuries.

Not too long ago, athletic trainers would put steel plates in an athlete’s shoe to treat and protect an injury like Turf Toe. As you can imagine, most athletes disliked the stiffness and the weight. One of the advantages of carbon fiber is its high strength to weight ratio (5X greater than steel). And because the space within a shoe is limited, a carbon fiber insole must be not only lightweight, but also very thin.

For example, VKTRY’s carbon fiber plate weighs less than 1 ounce and is less than 1 millimeter thick. And even with a foam top cover, the product fits comfortably inside most shoes – even tight-fitting soccer cleats or track spikes. 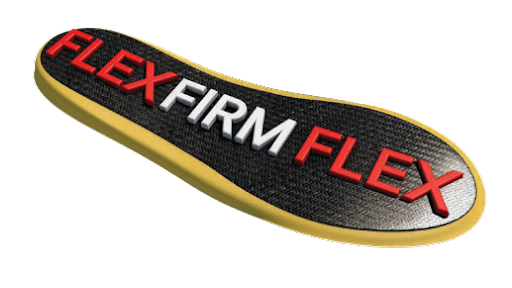 Some of the very rigid, full-length carbon fiber plates used to immobilize a foot can be uncomfortable (some people have referred to them a “medieval”). However, VKTRY Insoles are made from multiple layers of carbon fiber which allows them to easily flex. Some individuals may feel pressure at the ball of the foot during the break-in process, but this is totally normal. Start by wearing your insoles for a short time at first, maybe 30 minutes, and then gradually increase the time as you get used to the new pressures on the bottom of your foot. Most people find VKs very comfortable after the 3-5 day period. 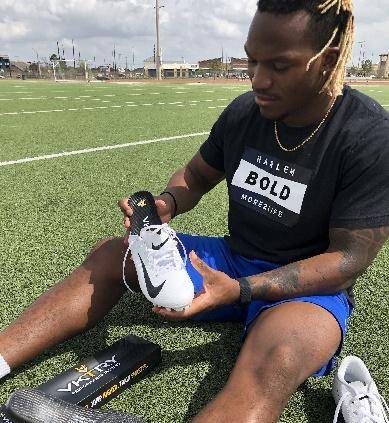 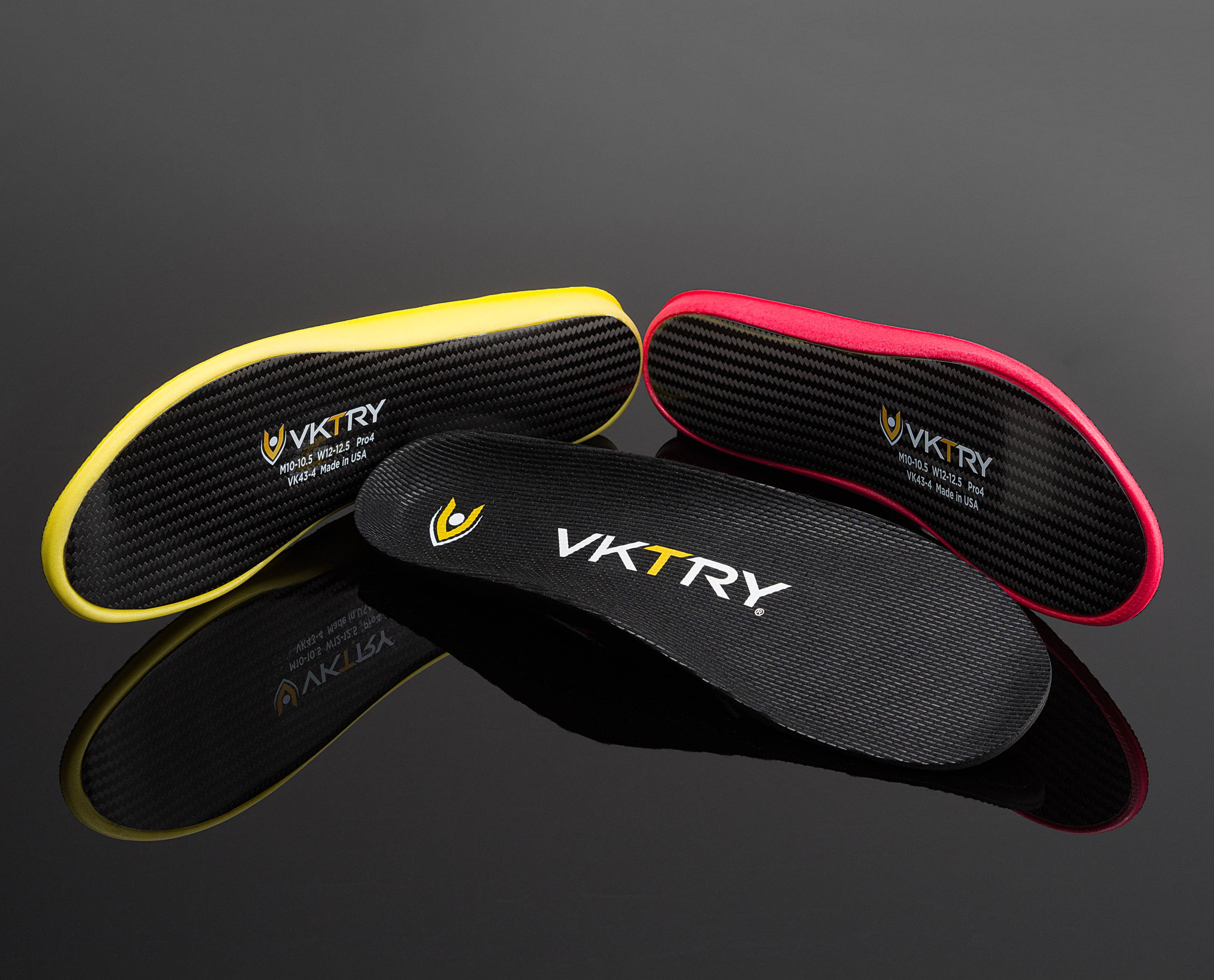