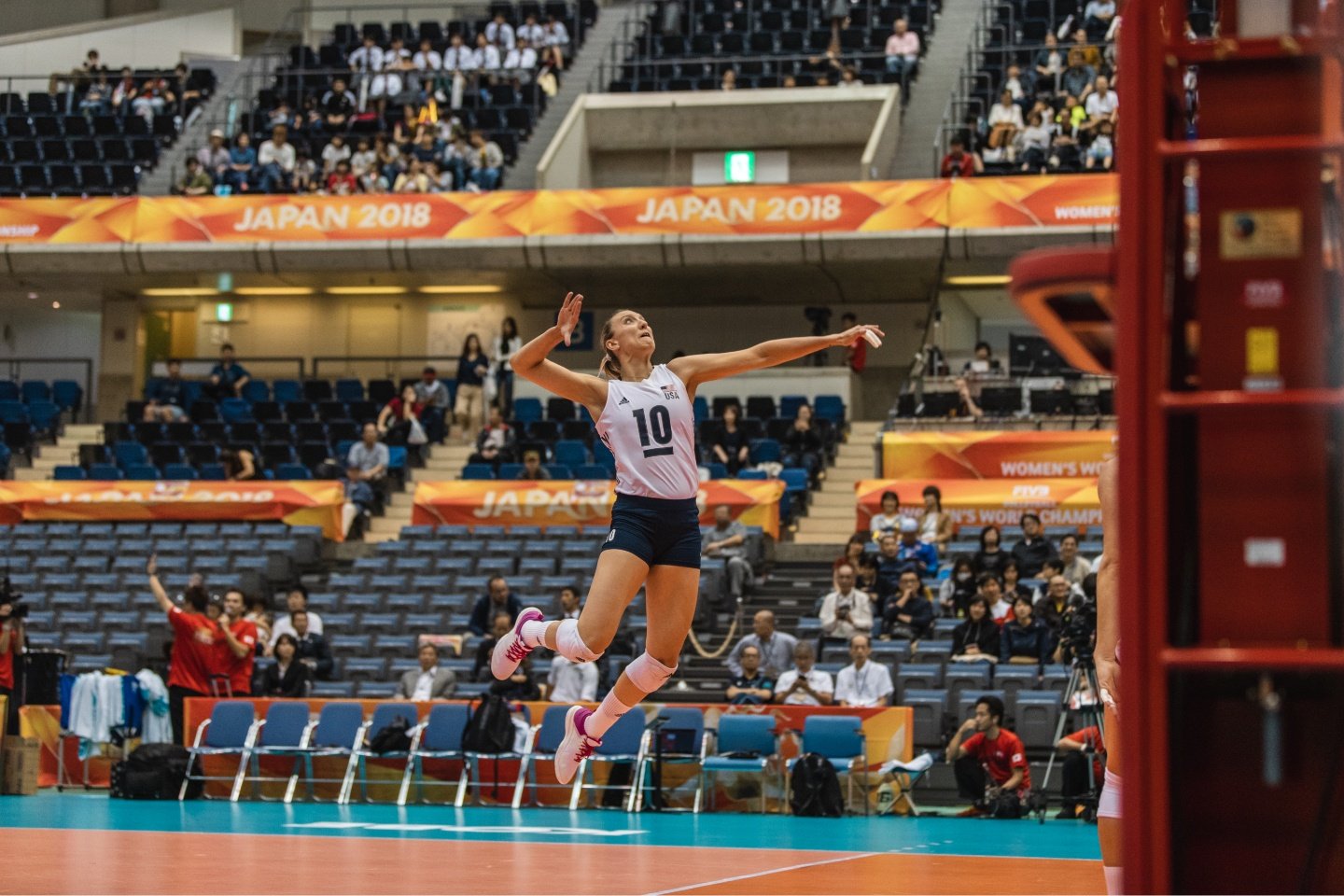 Thousands of athletes at over 300
pro and college teams use VKs. 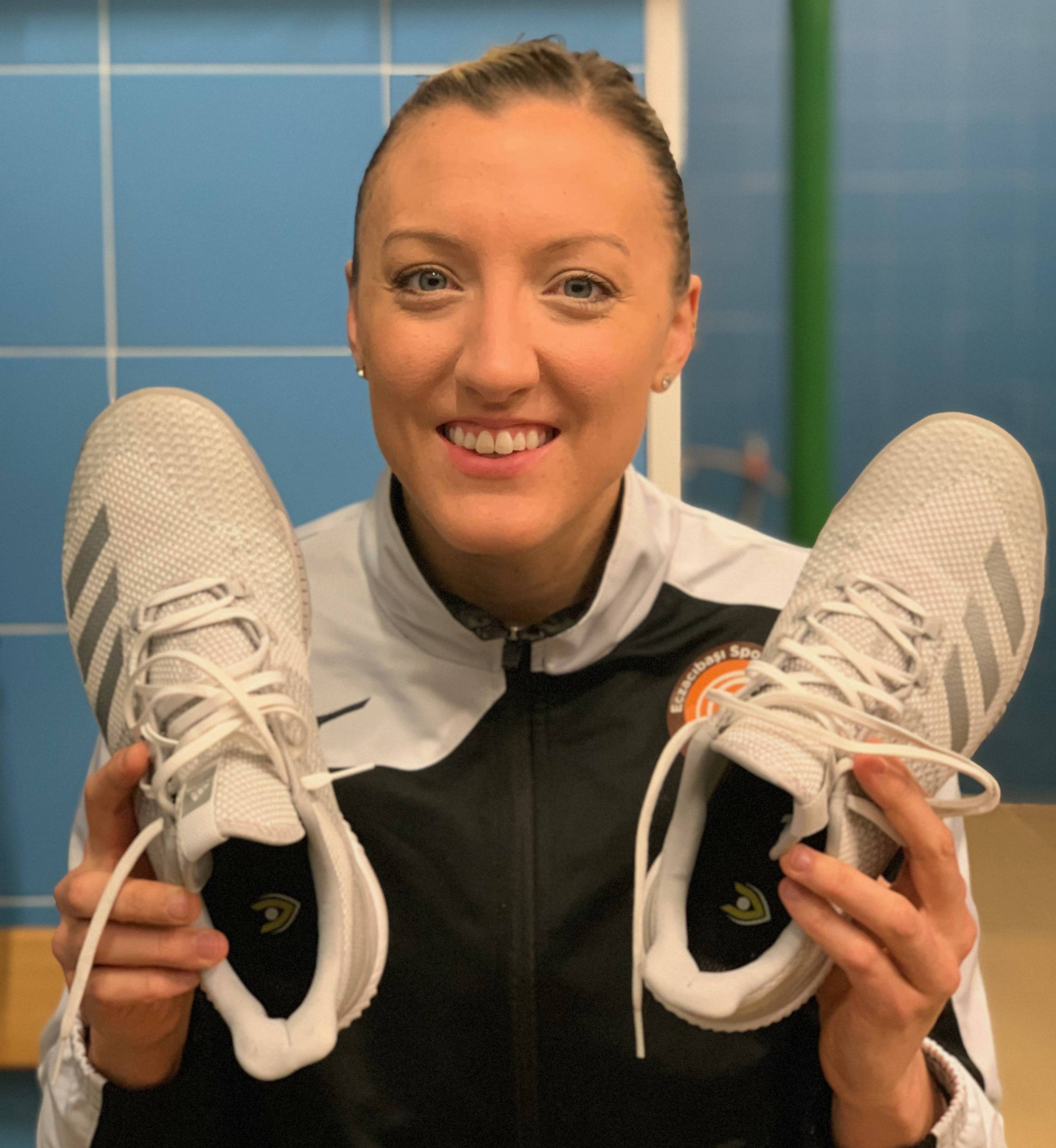 "I’ve been really impressed with how VKTRY insoles have helped me increase my vertical, even at my age....I felt the difference immediately when I put these insoles into my shoes – Wow!"

"“I have worn VKTRY insoles since I was a rookie and I love the added burst and explosiveness they give me on the field.”"

"In order for me to get my back hip through explosively, I need to create a lot of force using my feet. VKTRY has really made a difference for me in how I create power in my swing."

"Speed kills in football. VKs provide that burst to beat opposing players. With VKs, you have that extra six inches that can be the difference between winning or losing." 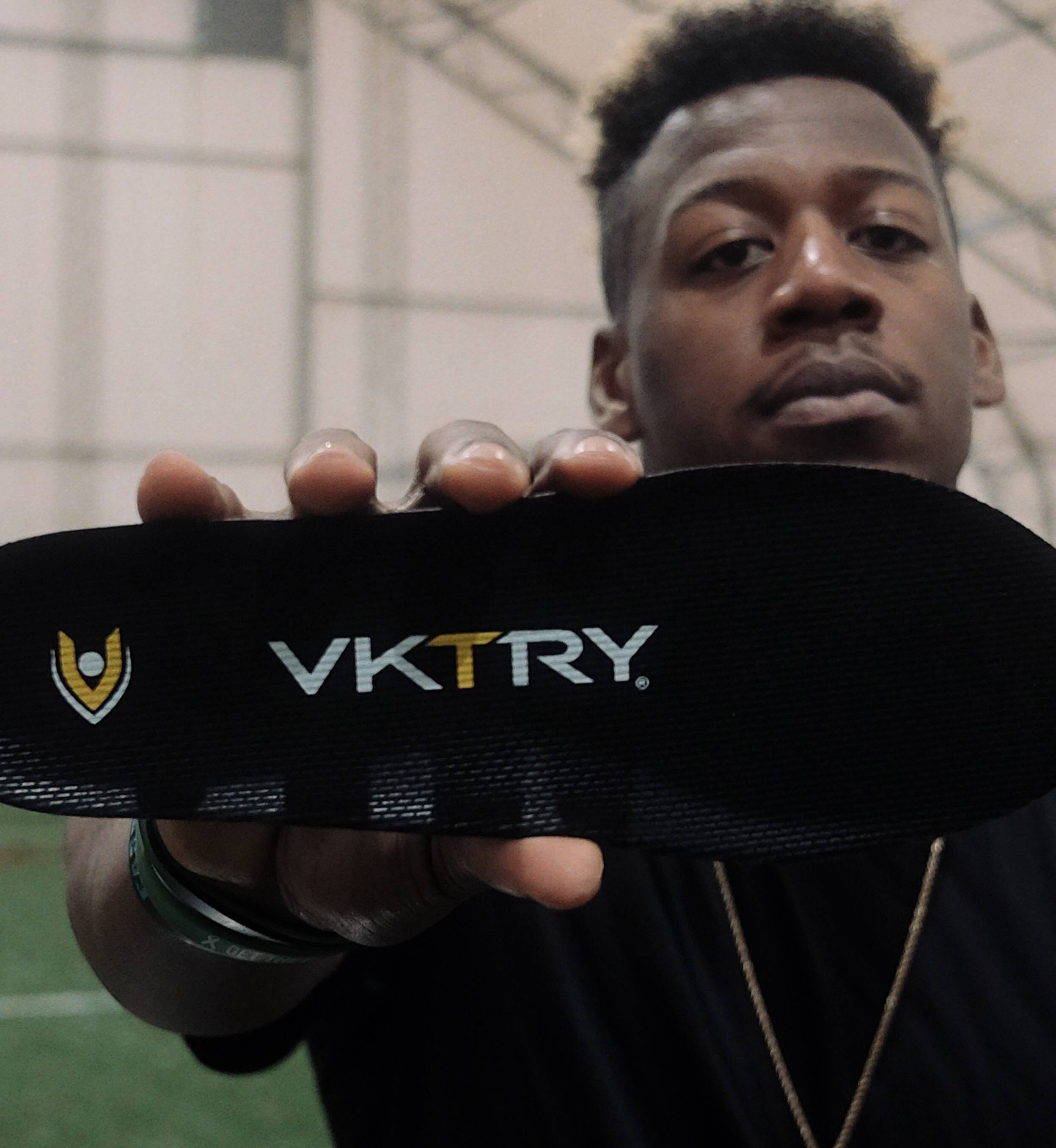 "VK Insoles help me to apply more force into the ground, making me more explosive. I also feel like I have more bounce and fresher legs late in the game because of VKs." 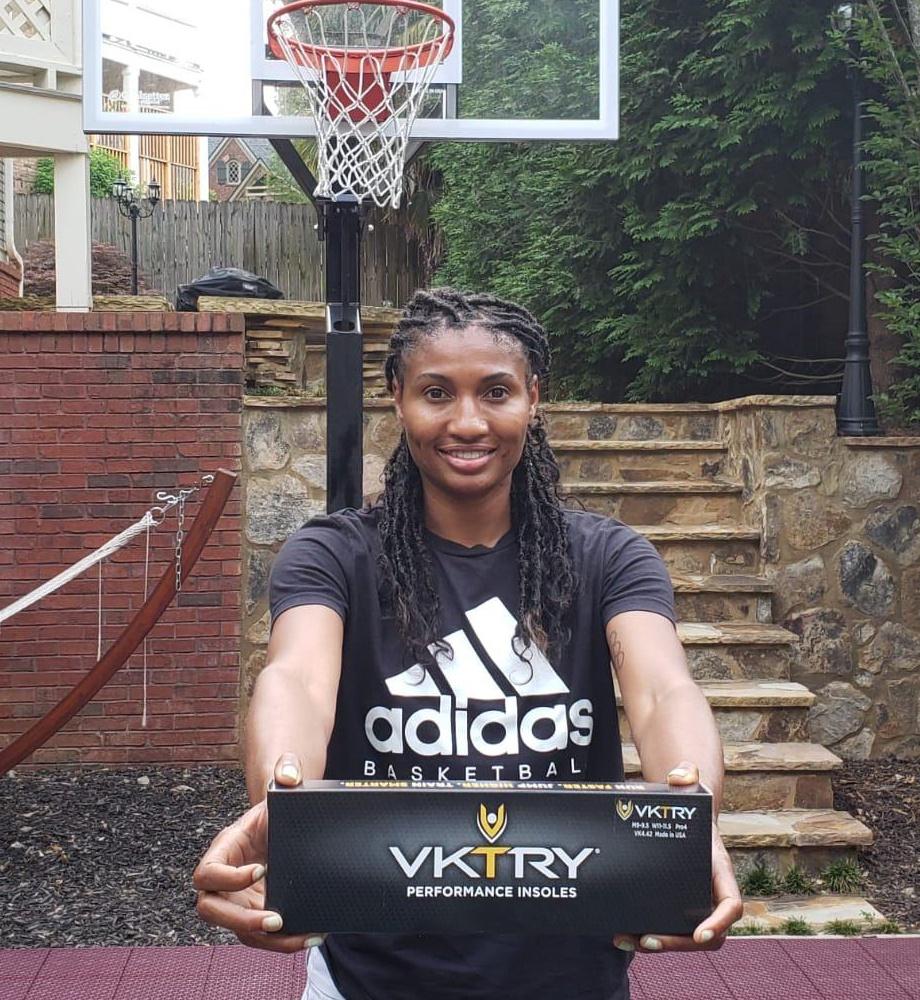 "VKTRY insoles help me with shock absorption and allows me to play and train freely. That freeing of my mind is beyond valuable and I owe that to VKTRY Gear and their amazing insoles." 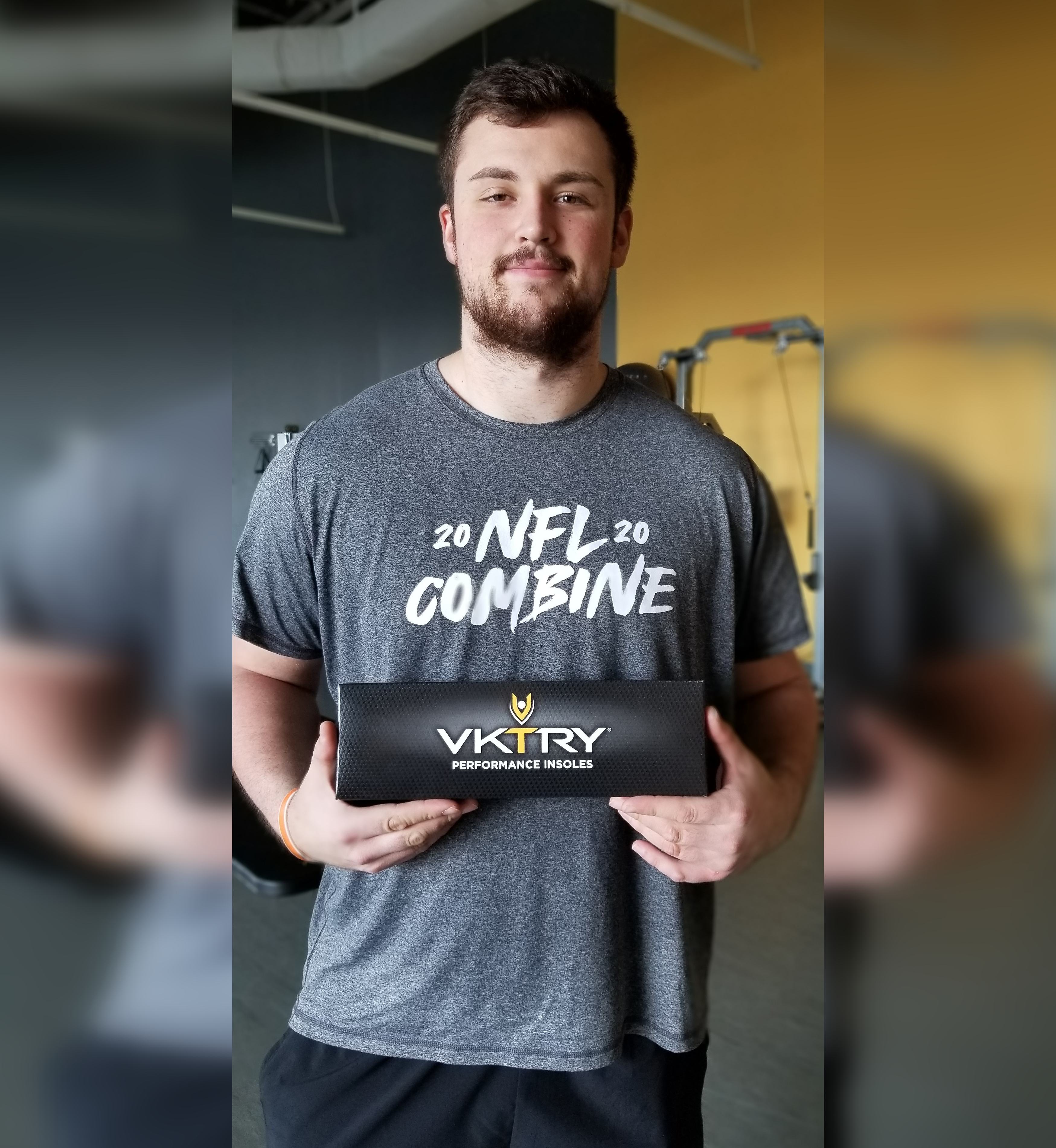 "“I was skeptical at first, but since using VKs, I have seen a very noticeable improvement in my ability to explode and drive power from my feet to my legs.“" 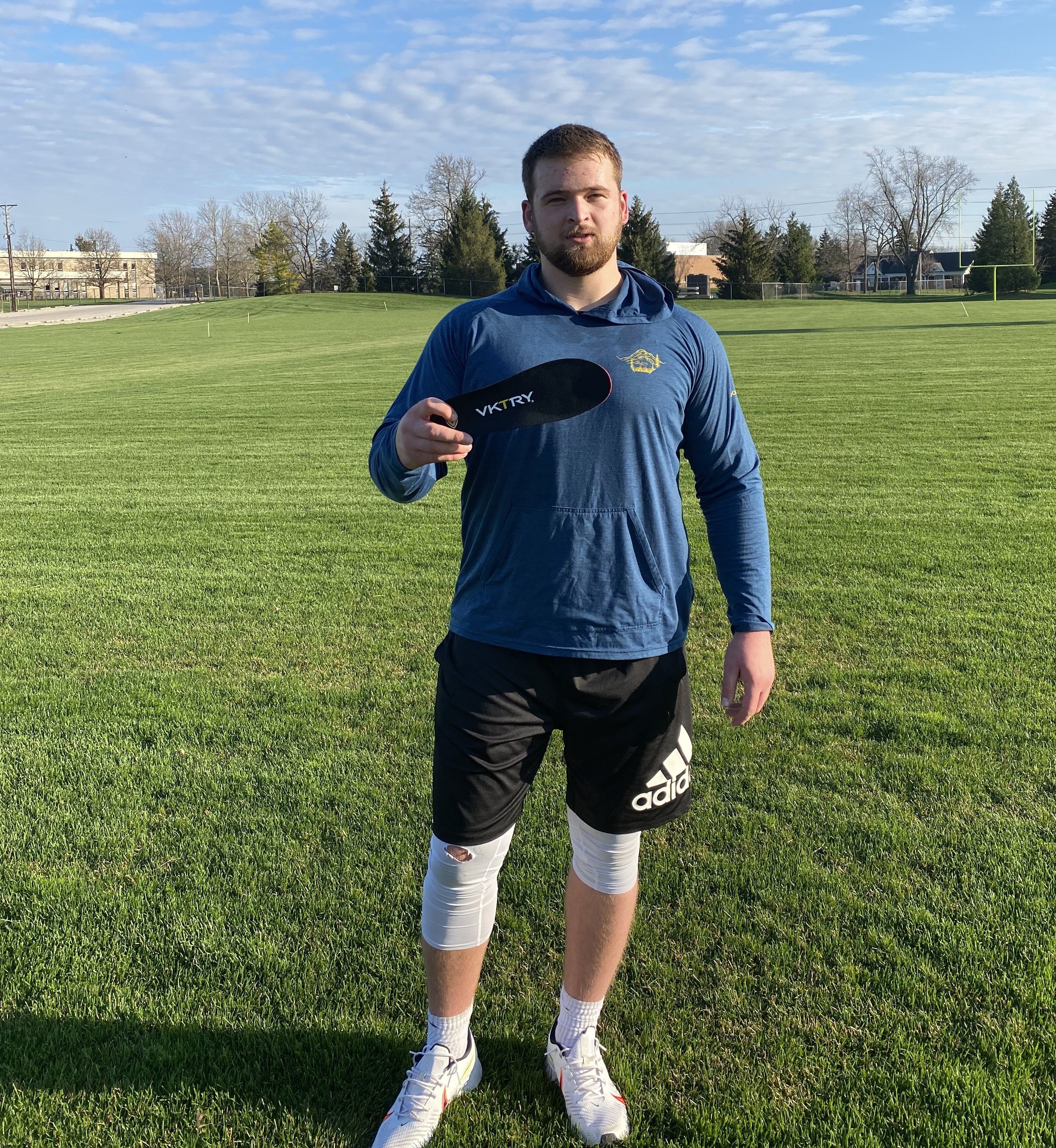 "I love using VKTRY Insoles because I can feel a difference in how I move while training. I feel secure using them while I train and have noticed improvements. They are a great upgrade over the standard insole." 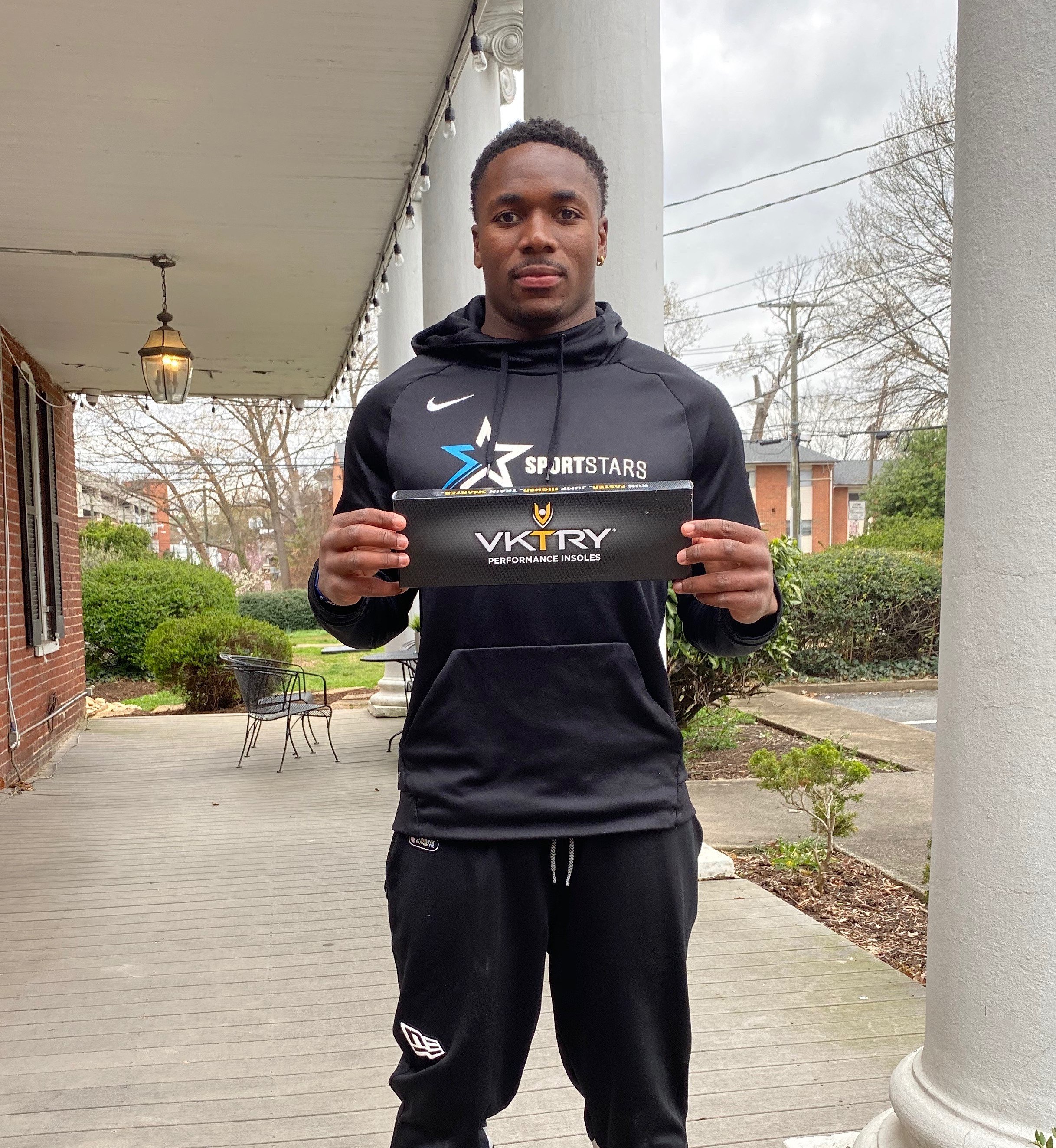 "The comfort level and daily results are unmatched. VKTRY Insoles helped maximize my potential for the NFL combine and I am excited to continue using them throughout my career" 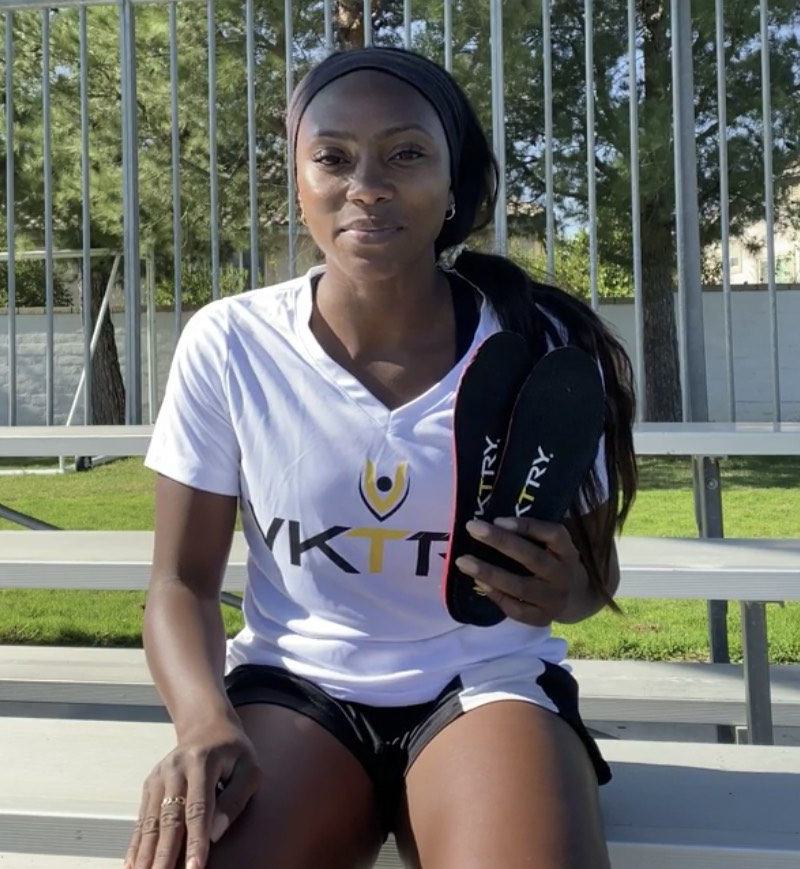 "I love using VKTRY insoles, not only do I feel fast and explosive, but they fit perfectly inside my cleat."

"I love my VKTRY insoles! Since I’ve had them, I feel way quicker and much more explosive!" 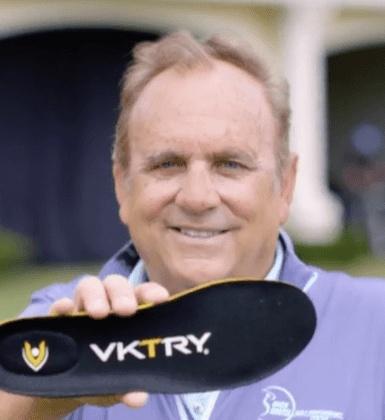 "I’ve been preaching ground force and explosiveness in the golf swing for 40+ years. I’ve never experienced anything like VKTRY’s Carbon Fiber Insoles...When I put these insoles in, they take the load off my body and put a spring in my step." 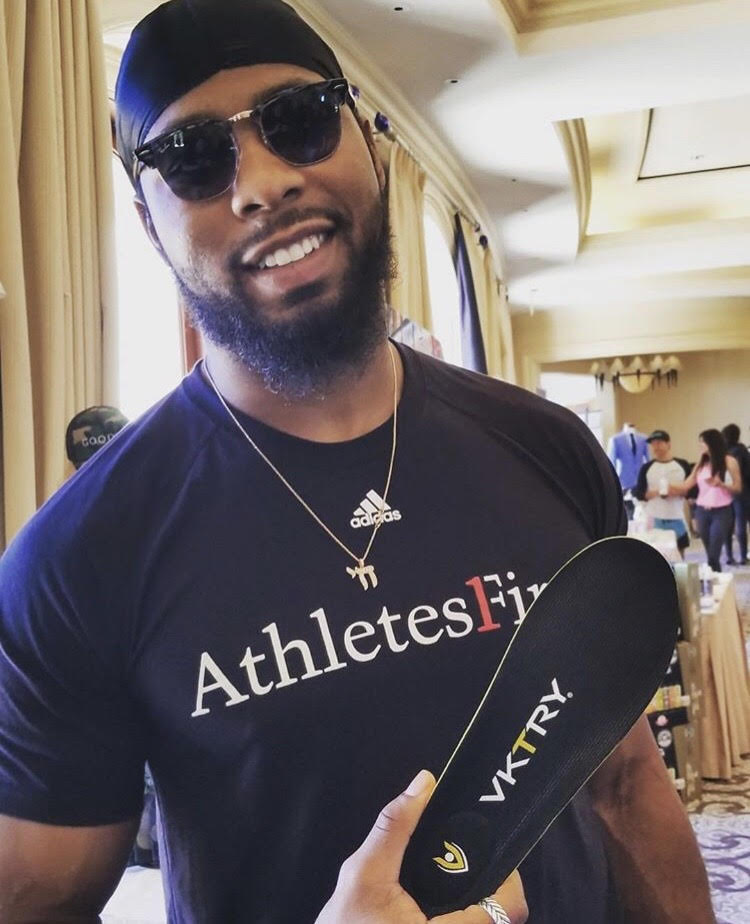 "“Speed kills in football. VKs provide that burst to beat opposing players. With VKs, you have that extra six inches that can be the difference between winning or losing.”" 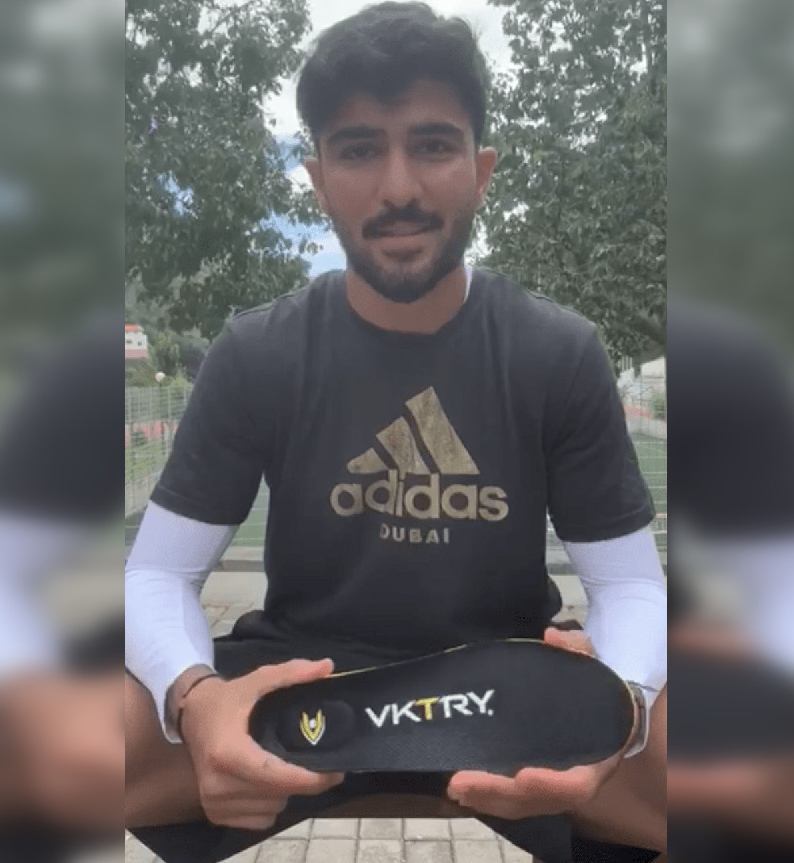 "I'm consistently working on my craft and looking for ways to become a better athlete. VKTRY has helped me get one step closer to where I want to be." 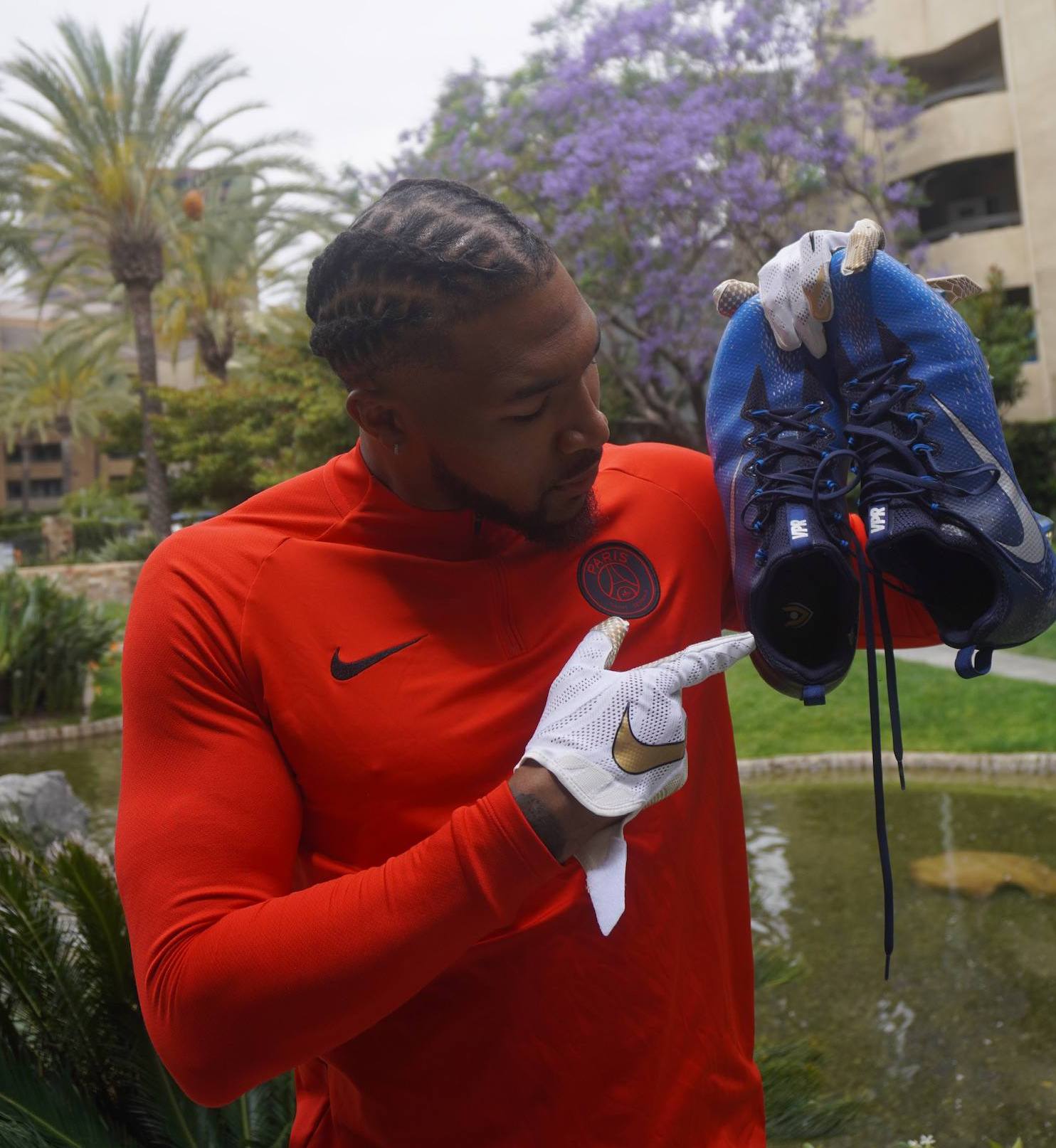 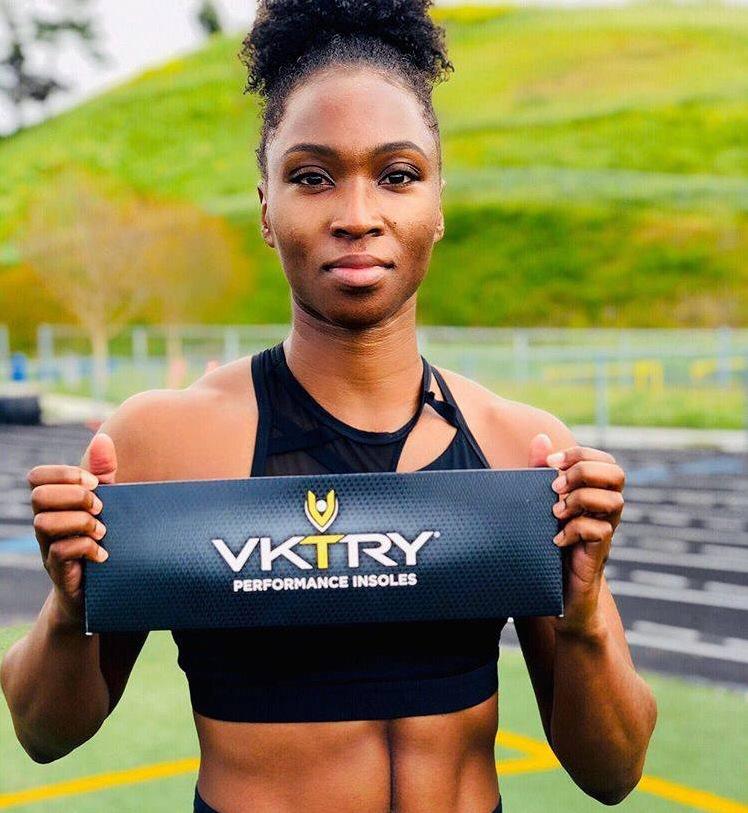 "The more I workout in VKs the more I’m convinced that they are a one of a kind product. ...more height at takeoff in the long jump...more explosive out of the starting blocks." 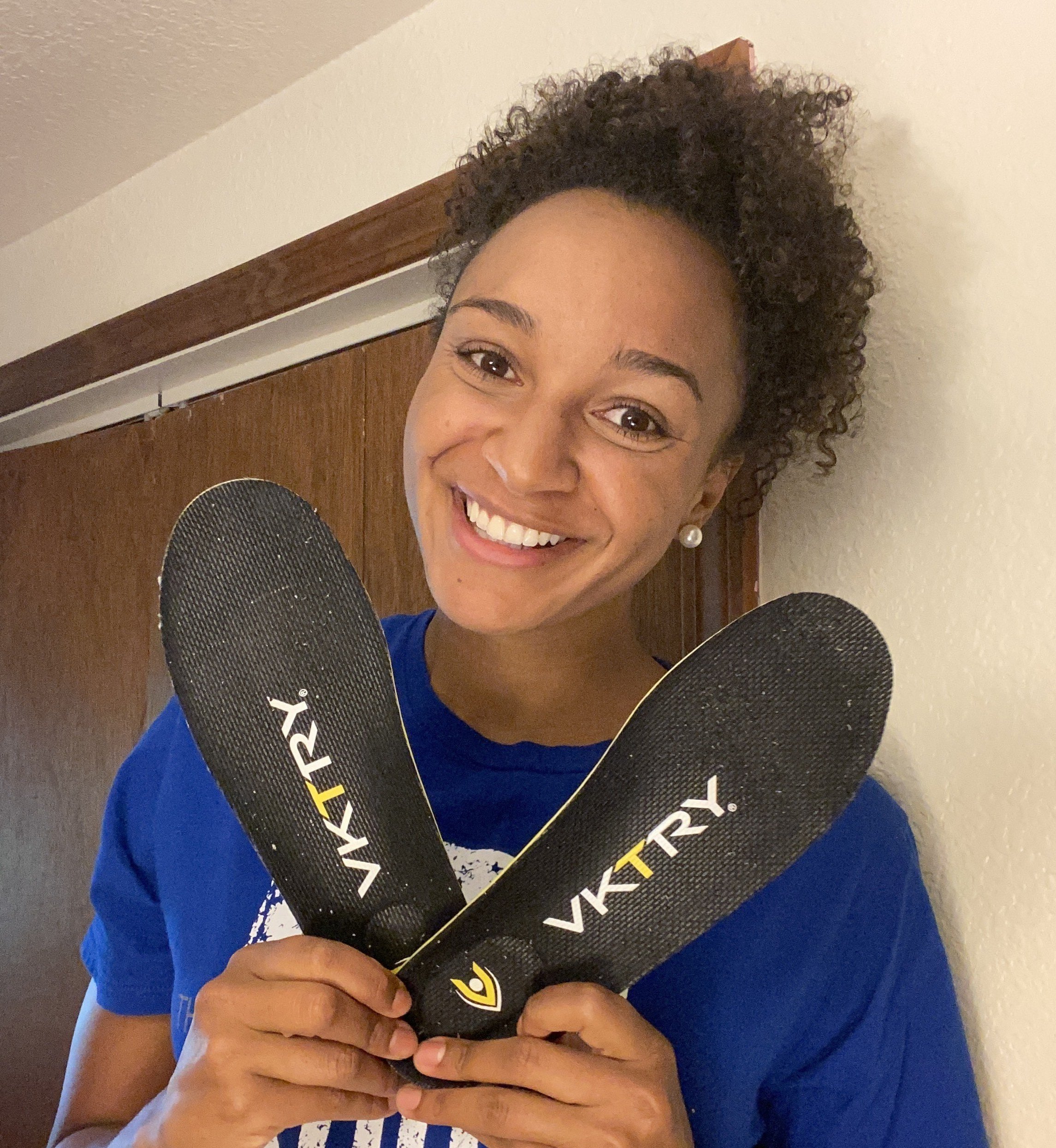 "I’ve struggled with good foot support for my entire athletic career, VKTRY has HIGH key made a difference in my comfort, my explosiveness, and how my feet feel when I play!" 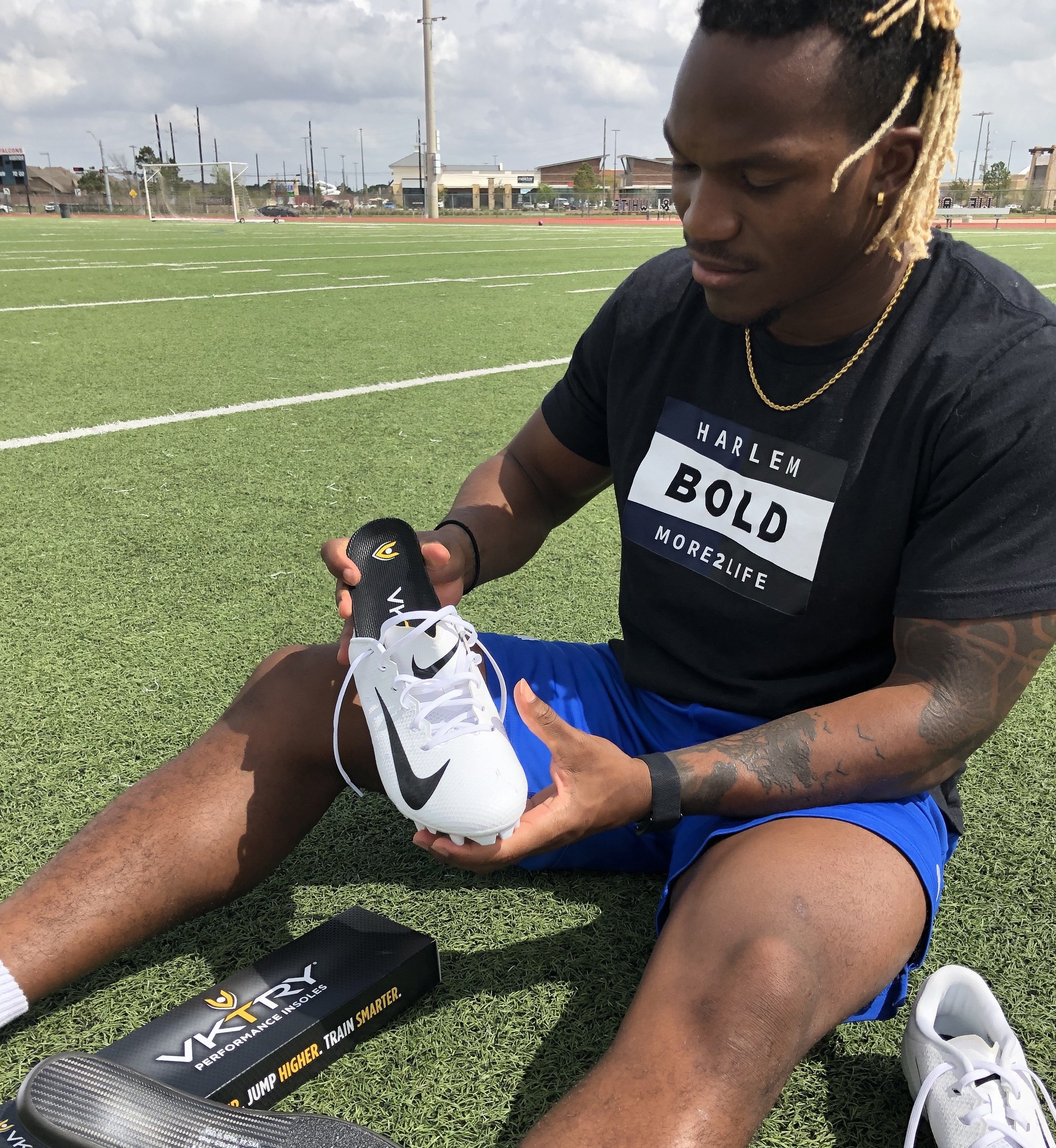 "I love VKTRY insoles because they are comfortable and allow me to be more explosive on the field!" 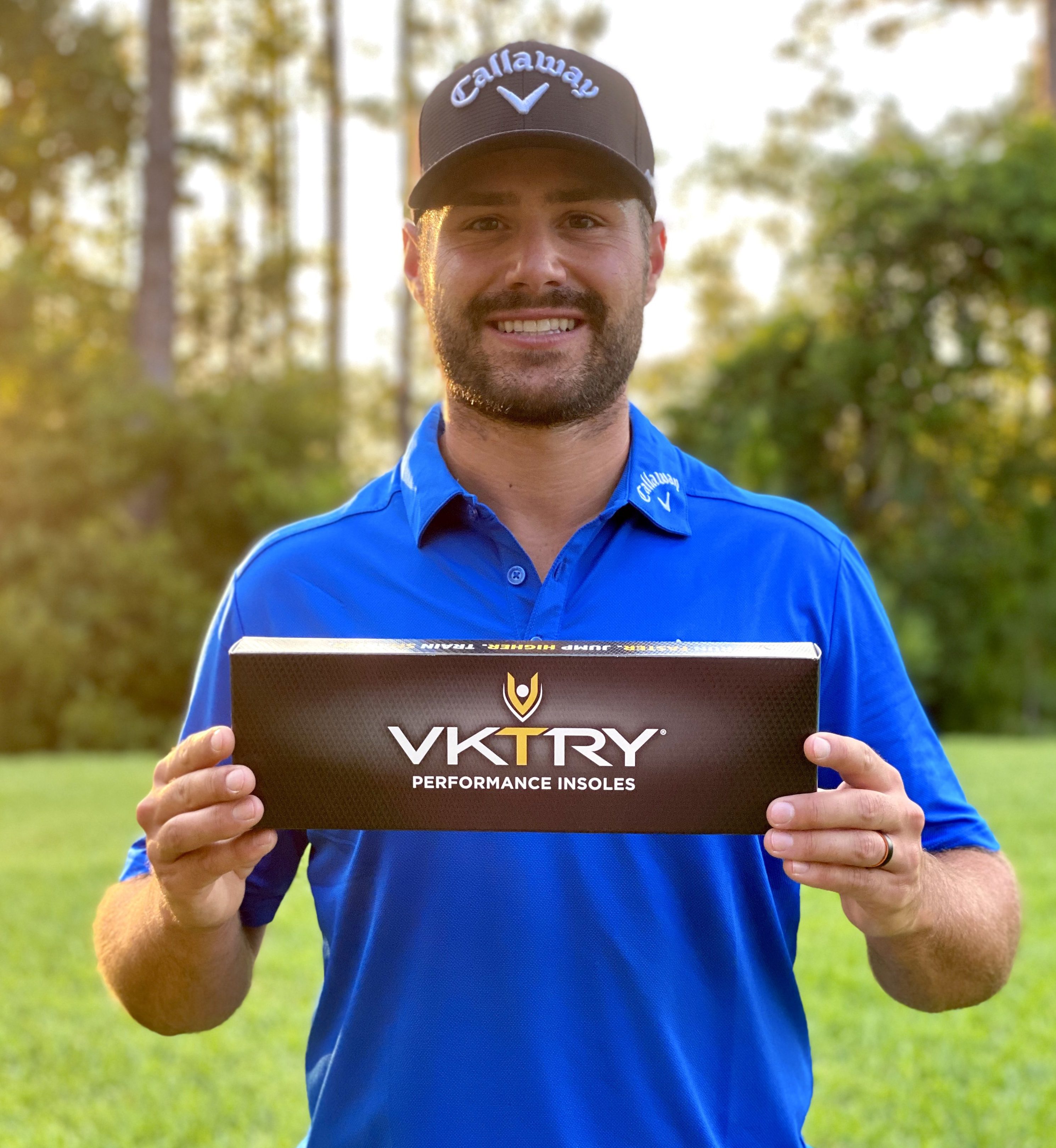 "I wear VKTRY insoles because they help me swing faster, simple as that" 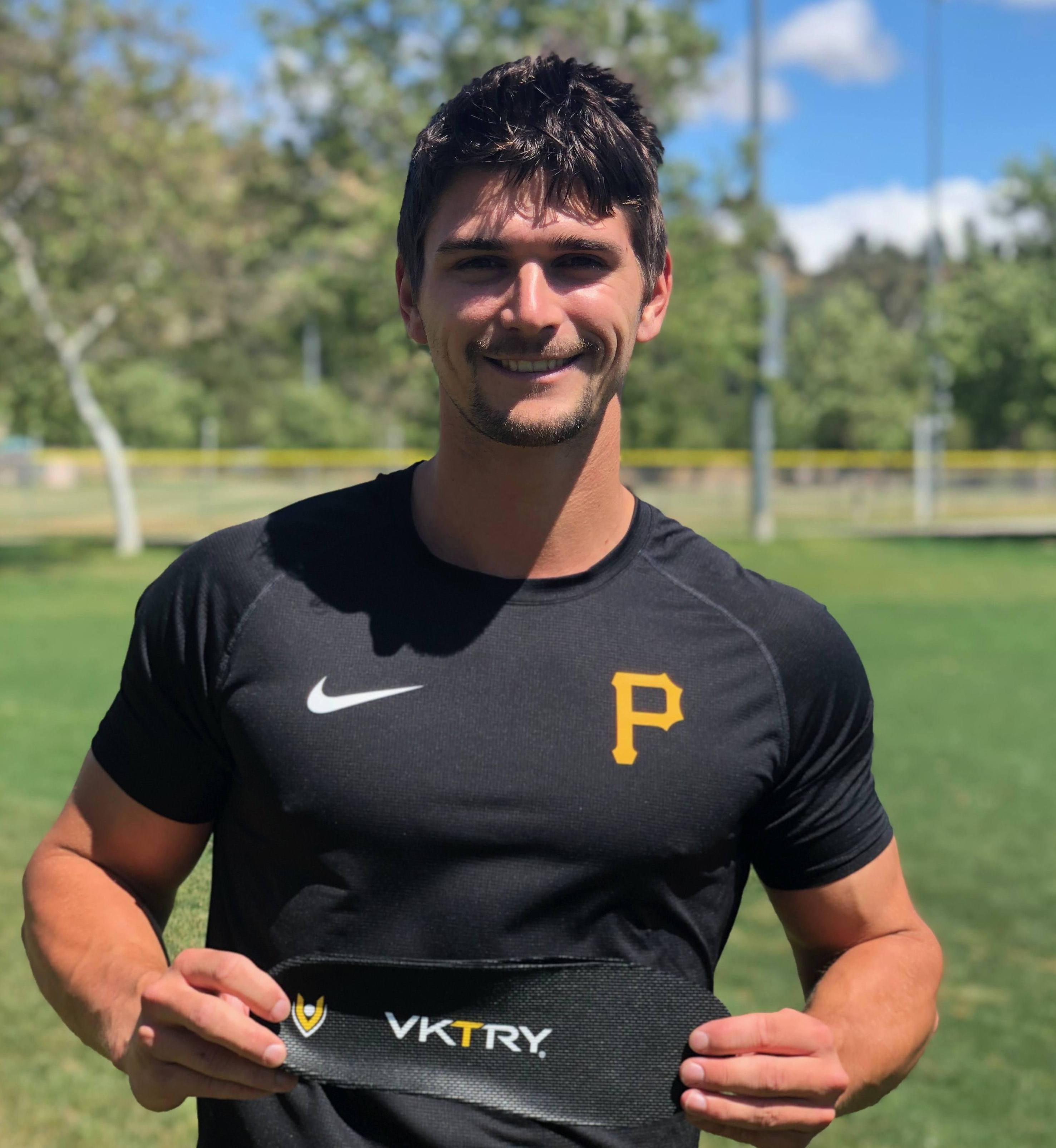 "I like to wear VKTRY insoles because, whether I'm baserunning or out in the outfield, they make me more explosive and help all facets of my game." 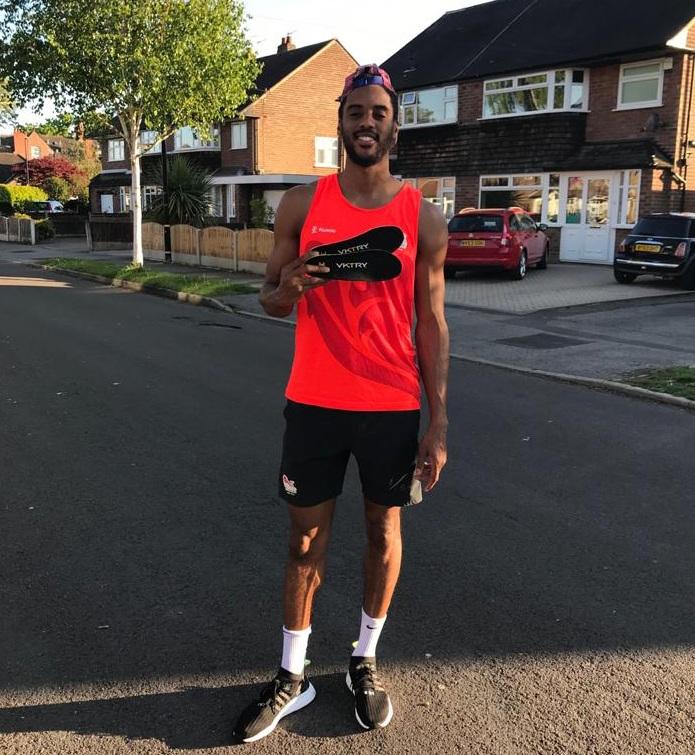 "I love wearing VKTRY insoles as they provide me with athleticism and comfort. When I'm on the court I just feel as if I have an extra bit of speed and vertical jump. I not only use them in my basketball shoes but also in my everyday trainers so that my body is supported correctly from the ground up." 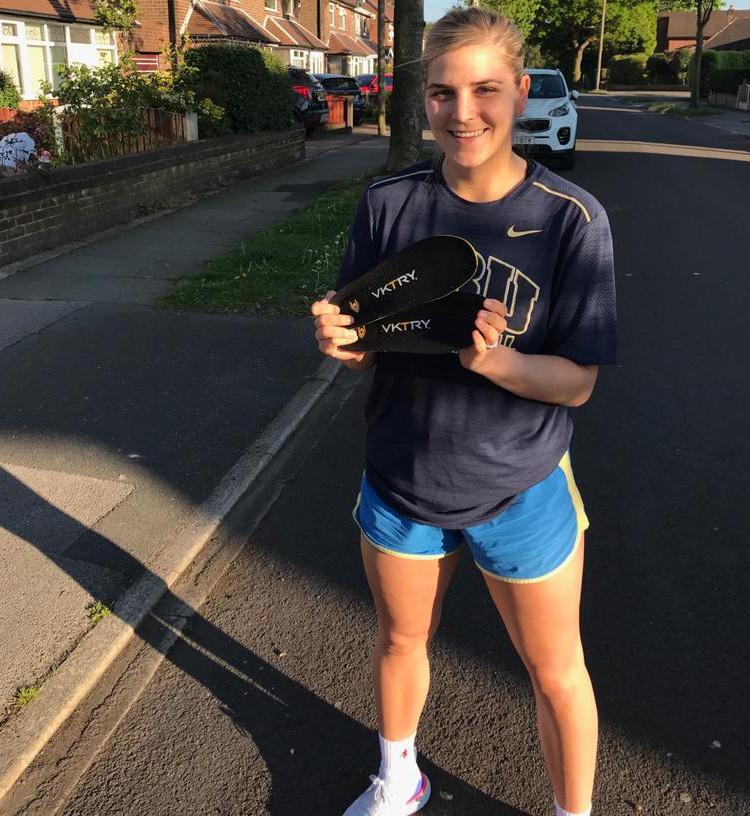 "I noticed a difference wearing the insoles straight away! Not only do they fit my feet perfectly, I'm also feeling lighter when moving in them. My first step feels a lot quicker and I love the advantage they give me, no matter what surface I am competing on!" 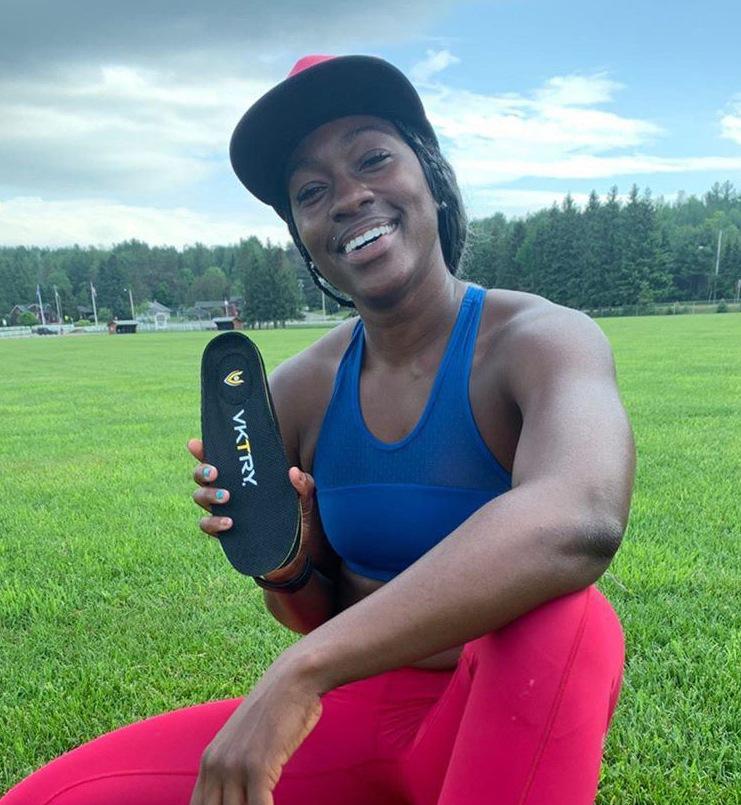 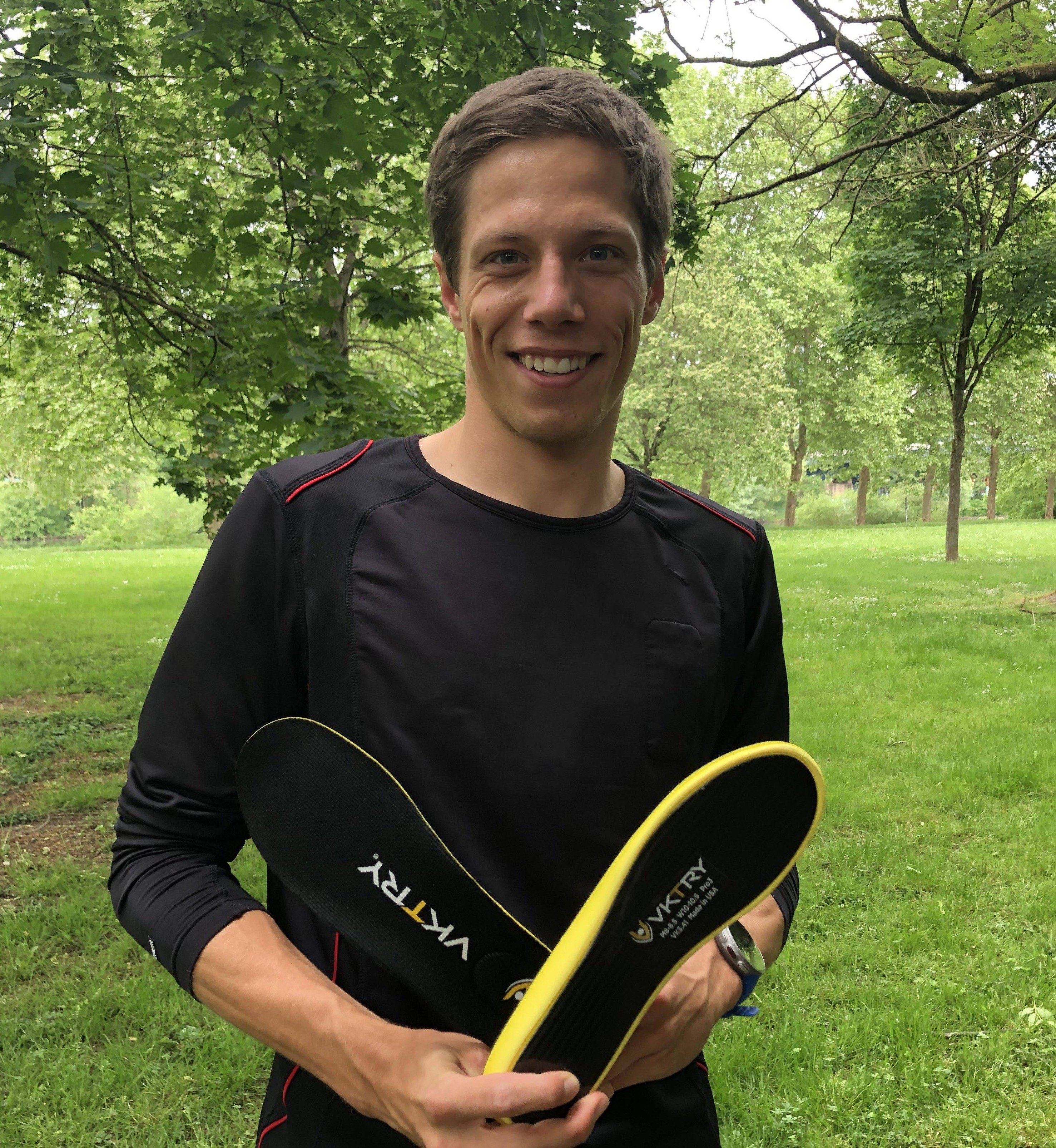 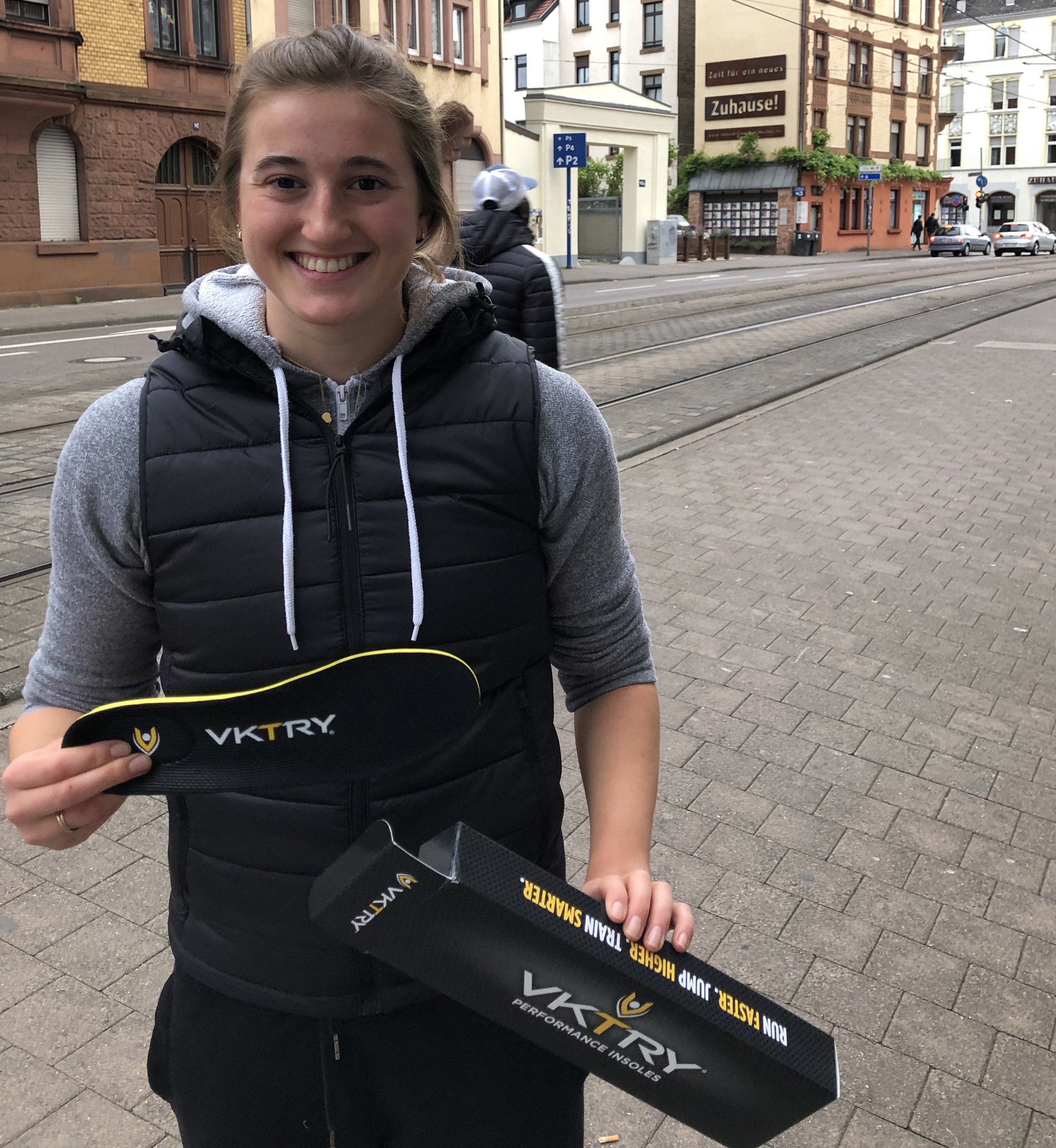 "With VKTRY I can use the extra kick of explosiveness while staying injury free!" 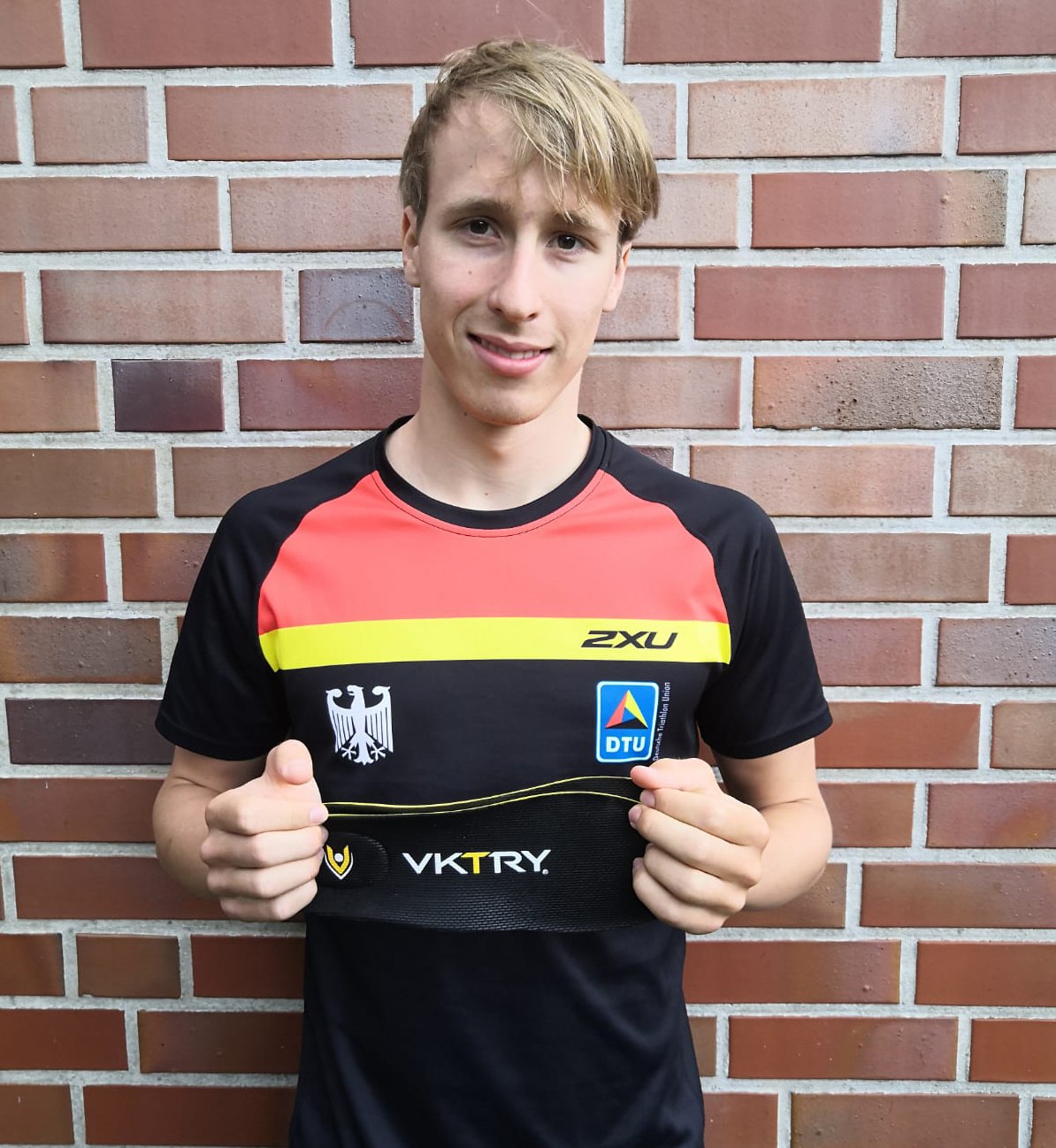 "I am absolutely impressed by the insoles from VKTRY. I am able to increase my performance by running way more agile especially during intense sessions where you need it the most!" 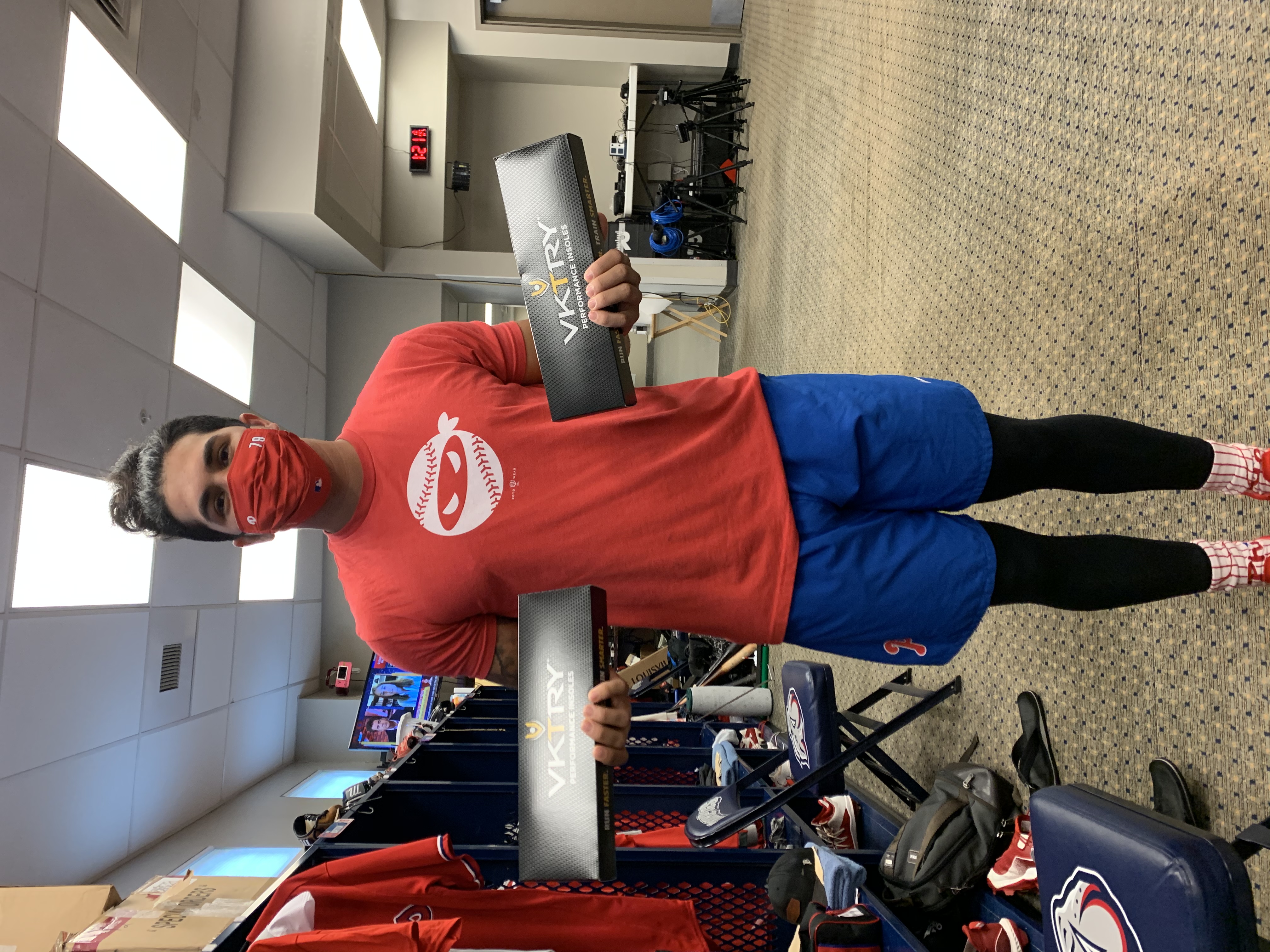 ""Since using VKTRY insoles I find myself performing with less pressure on my feet! They help keep me out on the mound longer, and give me extra comfort and explosiveness during my delivery. I love my VKTRY insoles!"" 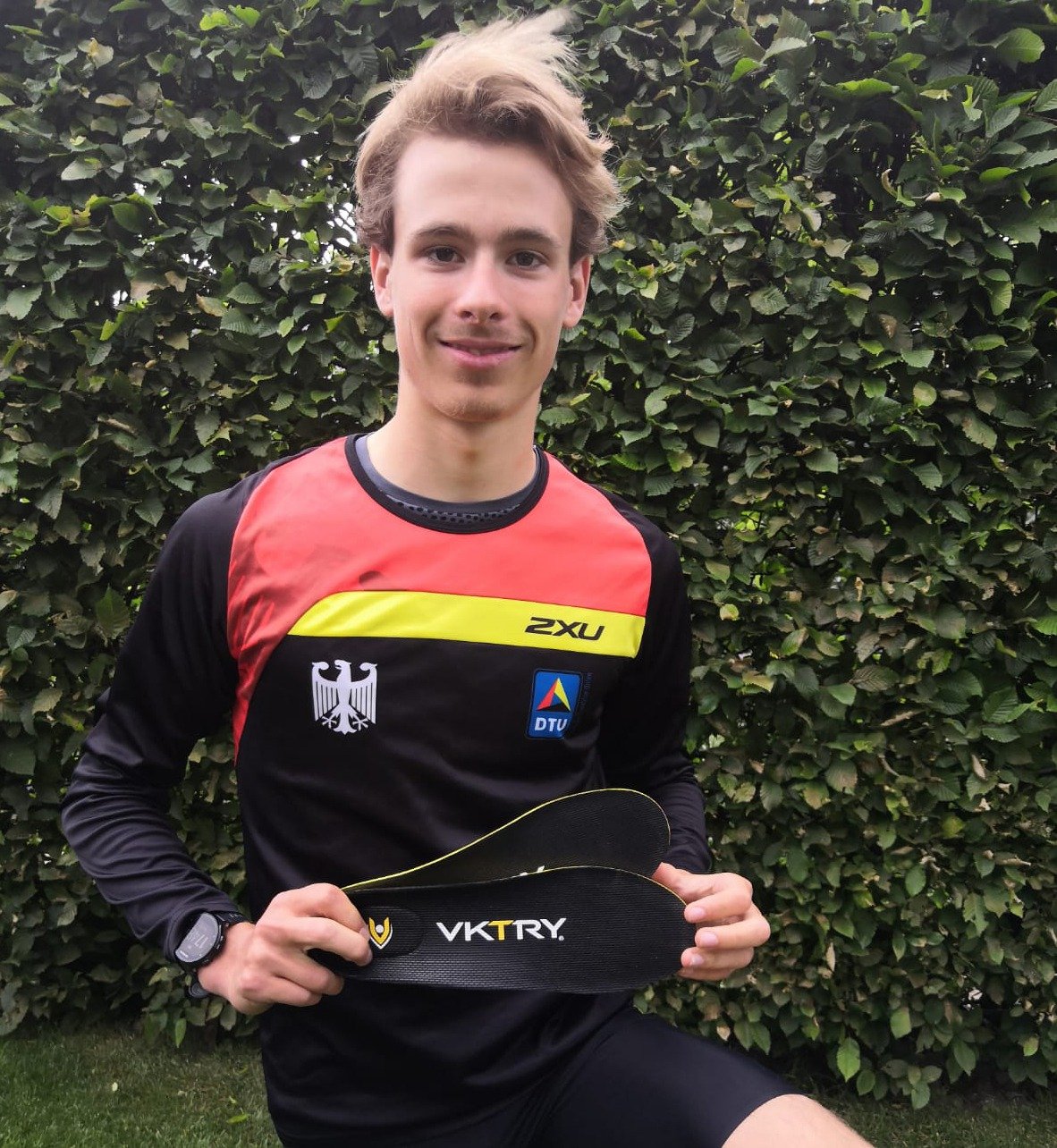 "Running in the VKTRY insoles I feel a special kind of lightness that allows me to train faster and better!" 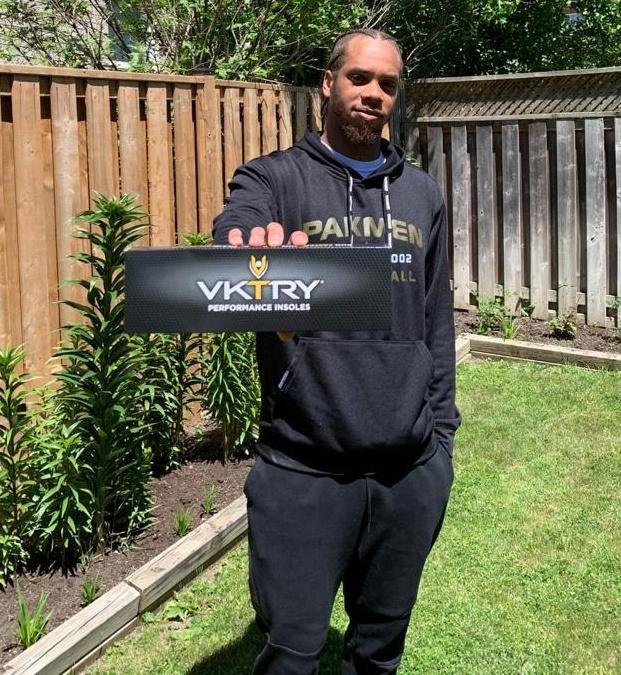 "VKTRY Insoles have allowed me to take my game to another level! I can feel the response from the insoles through my feet whenever I take off. Being able to be more explosive on the court has helped my bunnies as well. Thank you guys, appreciate it!" 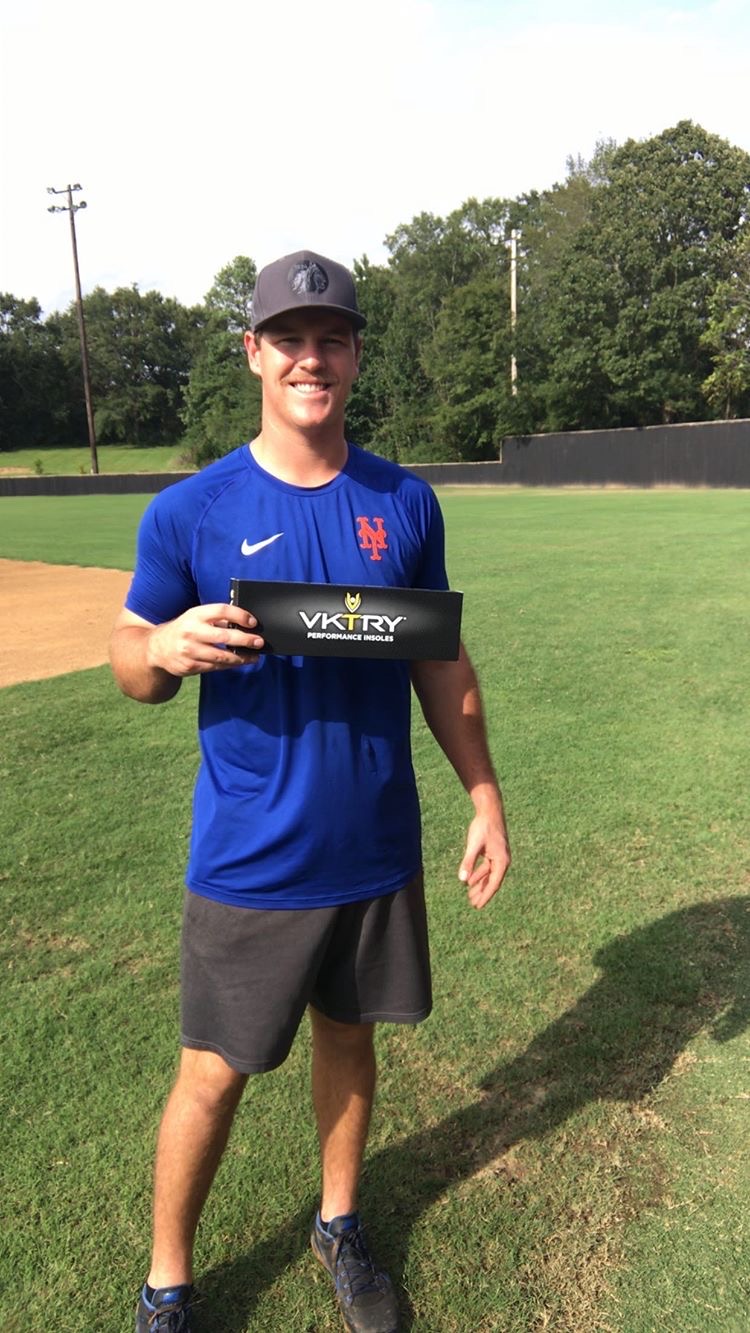 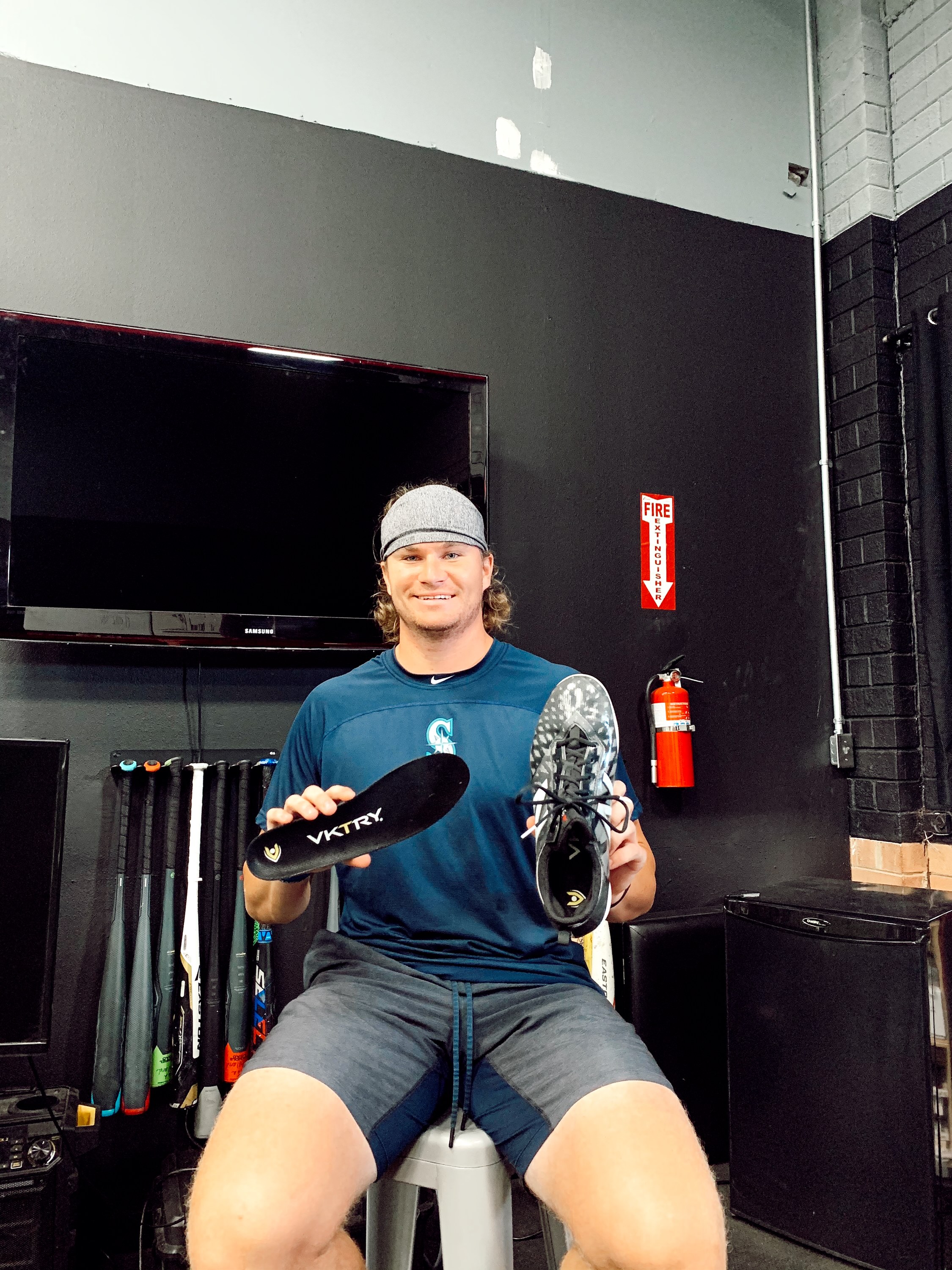 "“VKTRY insoles have blown me away. They have drastically impacted my game both in my training and on the mound. They really give me the feel of energy working from the ground up when I am on the mound. Truly the best in the business!”" 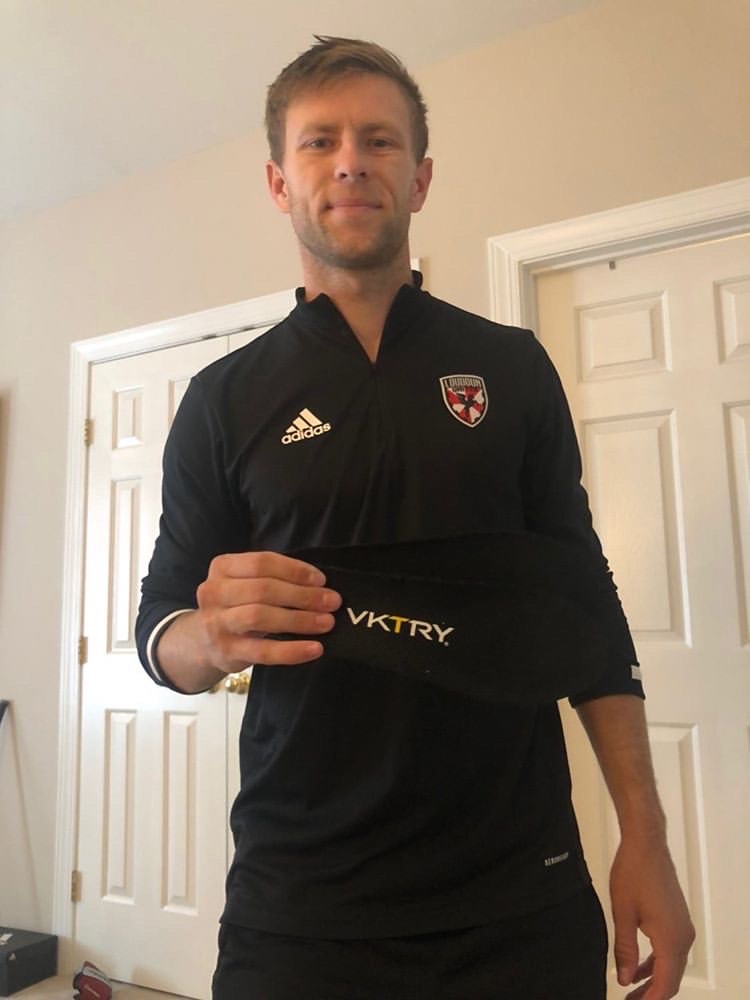 "“These insoles are so comfortable and give me the extra step I need on the soccer field when I get tired!” “I have struggled with shin splints throughout my soccer career and have tried everything out there. These insoles relieve me of my shin pain, which lets me focus on performing on the field!”"

"“VKTRY insoles have been a game changer for me. They help support my lower back and my landing leg while pitching. They also make me feel more explosive like there is a spring in my shoes.”" 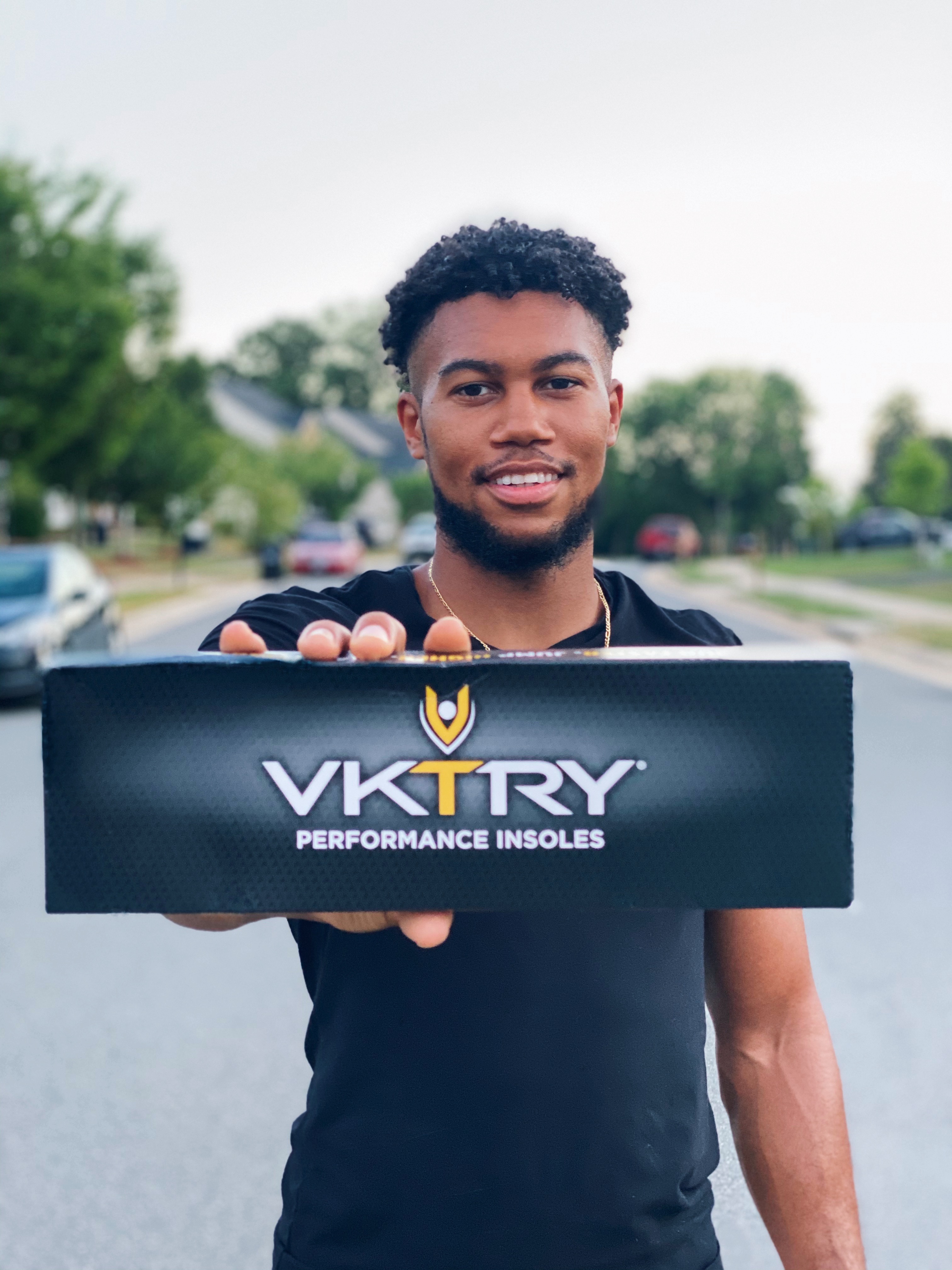 "“In the last couple of weeks using VKTRY insoles, I’ve noticed a difference in my stability, speed, and decrease in foot pain. It gives me the capability to workout longer which is the edge I need to enhance my performance.”"

CHANGING HOW ATHLETES TRAIN AND COMPETE IS BIG NEWS!

Named one of ”The Best Fitness Gifts for Athletes”.
By helping you put more energy into the ground, the insoles can increase explosiveness, speed, and agility. And they still provide support, stability, and shock absorption to protect against injuries, too.

No other insole protects like that – especially not while adding peak performance.

…adds a discernible spring to your step.